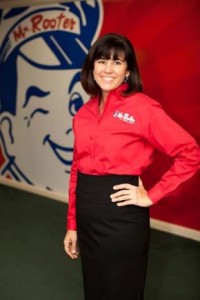 The Dwyer Group, which is the parent company of Glass Doctor, has announced Mary Kennedy Thompson will serve in the newly-created position of director of veteran affairs.

In the role, Thompson, who serves as the president of Mr. Rooter, is responsible for attracting more veterans to franchise and job opportunities across the service brands within The Dwyer Group.

The Dwyer Group is the founding company of VetFran, which offers a program that promotes the benefits of franchising to the Armed Forces. Thompson is a military veteran.

“Mary has a level of expertise in this field that surpasses all expectations,” says Mike Bidwell, president and chief operating officer of The Dwyer Group. “She has led the VetFran effort both within our franchise family and at the highest national level with the International Franchise Association.”

Thompson adds, “This is a topic that is dear to my heart. I am grateful to represent a program like VetFran and the service brands at The Dwyer Group that long ago started a true movement to give back to our nation’s veterans in a way that matters to so many. With more than a million people exiting the military over the next five years, our message has never been more important.”