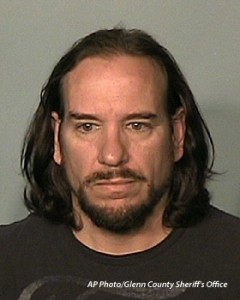 Aubrey Lee Price, a wanted man by the FBI, has been resurrected from the dead, all thanks to a cracked windshield and some dark window film. During a routine traffic stop in Brunswick, Ga., the 47-year-old fugitive, who was declared dead about a year ago following an apparently faked suicide, was brought into custody after being pulled over for a cracked windshield and illegal levels of window tint New Year’s Eve on Interstate 95.

Ron Corbett, undersheriff for the Glynn County Sheriff’s Office told glassBYTEs.com™ editors that the arrest was a result of his department’s willingness to probe a little deeper during the routine stop.

“Basically, it appeared to them [the officers] while traveling on the interstate that the tinting was darker than Georgia law allows, so they decided to make a traffic stop. They also observed a cracked windshield and saw he had an expired tag registration,” he says. “It was one of those deals where it was a routine thing for our department … but it was nice to bring someone into custody who was on the FBI Most Wanted list for a white-collar crime.”

Current Georgia law states, “Except as provided in this Code section, it shall be unlawful for any person to operate a motor vehicle in this state:

According to the FBI Most Wanted poster, Price was wanted “in connection with a multi-million dollar investment scheme in New York.” The bureau was offering a $20,000 reward for information leading to his arrest.

The FBI alleges that between January 2011 and June 2012, Price caused $21 million belonging to a subsidiary of the bank for which he served as director of in Georgia, to be sent to “certain securities accounts.” He then falsified account balances to conceal the theft. A warrant for his arrest was issued June 28, 2012.

Price disappeared before the warrant was issued, however, telling friends and family he had lost a large sum of money and planned to kill himself. Until he was arrested New Year’s Eve, he had not been seen since June 16, 2012, while boarding a ferry in Key West, Fla. A Florida judge later declared him dead.

Price is scheduled for an arraignment and bond hearing today (Wednesday, January 8).