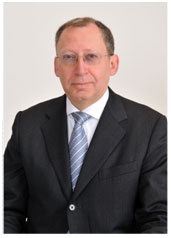 The Nippon Sheet Glass Co. Ltd. (NSG), parent company to Pilkington, announced that George Olcott is retiring from its board of directors. He has served as an external director of the board since June 2008 and is retiring after completing a six-year term. The NSG board has nominated Günter Zorn as his successor.

The proposed appointment will be formally decided at the 148th Ordinary General Meeting of Shareholders, which will be held in late June.