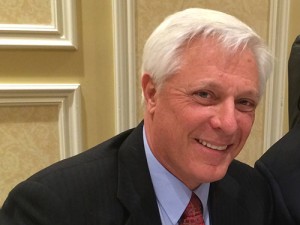 Louisiana Attorney General Buddy Caldwell filed a lawsuit today against State Farm in East Baton Rouge Parish judicial court alleging the insurer has “engaged in a pattern of unfair and fraudulent business practices aimed at controlling the auto repair industry” and uses “scare tactics to steer Louisiana consumers to State Farm’s preferred repair shops.” Similar allegations have surfaced over the years from independent automotive glass repair shops in regards to third-party administrators (TPAs), which handle automotive glass claims for insurers, so this case has potential implications for the AGRR industry.

Currently, automotive glass repair and replacement is not covered in the lawsuit, says Laura Gerdes, a spokesperson for the Louisiana Attorney General. However, she says this could change.

“As we do more discovery, more may come to light,” says Gerdes.

“State Farm has created a culture of unsafe business practices in which consumer vehicle repairs are performed with cost savings as the primary goal rather than safety and reliability,” says Caldwell.

The lawsuit alleges that State Farm steers consumers to direct repair providers that have signed agreements with the insurance company.

“As a part of the terms of the agreement, those repair shops must comply with the standards for repair laid out by State Farm,” according to the Attorney General’s statement. “The insurance company, not the repair shop, dictates how long the repair should take, what types of repairs are made and the quality of replacement parts. In many cases, the repairs are completed with sub-standard parts without the consent of the policyholder.”

“In some cases, we’ve found that these parts are nothing more than used junk yard parts,” says Caldwell. “In others, we’ve found them to be foreign knock-off parts of questionable quality. Auto repair is not an industry where you can cut corners to save a little money. It could be a matter of life and death.”

State Farm has not yet responded to the allegations in court.

To view a copy of the lawsuit, click here.