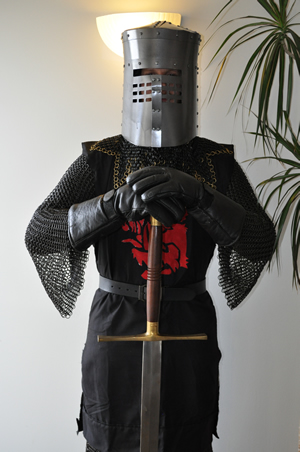 The second place winner was Janeen Mulligan, customer relations manager, who dressed up as Willie Robertson of “Duck Dynasty.”

And third place went to Holly Biller, vice president of digital media services, who dressed up as the Angel of Death.

The award for most creative costume went to Nick St. Denis, assistant editor of AGRR’s sister publication, USGlass magazine, and editor of USGNN.com™, who dressed up as neighbor Wilson from the TV show “Home Improvement.”

Thanks to all who participated and all who voted!

This entry was posted in glassBYTEs Headlines and tagged Halloween. Bookmark the permalink.