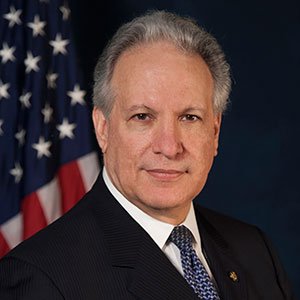 President Obama has nominated Mark Rosekind for administrator of the National Highway Traffic Safety Administration (NHTSA), Department of Transportation. Rosekind has been a member of the National Transportation Safety Board (NTSB) since 2010. “I do think NHTSA should take larger role when it comes to glass and proper installations,” says Melissa Martin, owner of Wisefly Auto Glass, which is has a branch in Georgia and one in California.

“I think glass is the forgotten commodity,” she adds “It really is. Nobody thinks about the windshield being important to the structure and safety of a vehicle. It is 40 to 60 percent of strength of A pillar arms. The passenger side airbag has enough power to blow out an improperly installed windshield.

“I feel they can do more to set some type of standard for windshield installation,” Martin points out.

NHTSA does not have a history of working in the aftermarket area, but perhaps this could change? Here’s what we do know about Rosekind.

Prior to serving on the NTSB board he served as president and chief scientist of Alertness Solutions from 1997 to 2010.

“In 1998, Kevin Gregory and Mark Rosekind left NASA to found Alertness Solutions with the goal of translating leading-edge scientific principles into practical solutions for combating fatigue,” according to Alertness Solutions’ website. “Since then, Alertness Solutions has become an industry leader in delivering practical, scientifically-based strategies that have improved the lives, safety, and productivity of individuals, organizations, and systems all over the world.”

From 1996 to 1997, Rosekind served as the chief of the aviation operations branch in the Flight Management and Human Factors Division with NASA’s Ames Research Center.

Democratic Senator Richard Blumenthal called Rosekind’s nomination “long overdue” and said he hopes it “will breathe new life into this battered and beleaguered agency,” according to a report.

“Given the GM ignition switch and now Takata I would have expected someone with more of a hands-on experience in vehicle safety,” said Clarence Ditlow, executive director of the Center for Auto Safety, according to the report.

“(NTSB) member Rosekind has served as the board member on-scene for seven major transportation accidents. He has also participated in NTSB public hearings, forums, conferences, symposia and safety studies on issues such as substance-impaired driving, general aviation safety, distracted driving, truck, bus, rail and cruise ship safety,” according to Rosekind’s bio on the NTSB website.

What do you think about his nomination? What are your thoughts about NHTSA? Email your thoughts to jreed@glass.com or visit the glassBYTEs.com™/AGRR™ magazine forum here.