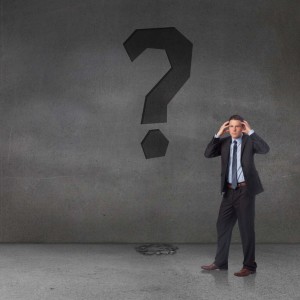 The management of Swiss specialty chemical company Sika AG continues to push back against French conglomerate Saint-Gobain’s move to seek controlling interest in the company. Several investors are supporting management’s position, including the Bill & Melinda Gates Foundation Trust, Cascade Investment LLC, Fidelity Worldwide Investment, Threadneedle Investments and the Ethos Foundation. Meanwhile, representatives of Saint-Gobain asked Sika officials to meet in Zurich today in an attempt to clear the way for the deal to go forward.

“The international investors Cascade Investment L.L.C., Bill & Melinda Gates Foundation Trust, Fidelity Worldwide Investment and Threadneedle Investments together holding 8.61 percent of Sika’s share capital (4.62 percent of the voting rights) and express their active support for Sika’s Board of Directors and management,” according to a statement released by Sika.

“As long-term investors and supporters of the business, these developments raise grave concerns for us about the future welfare of the business and its 16,000 employees, whose work has helped make it the success that it is,” the group of shareholders write in the letter to Sika’s chairman. “If the transaction were to go ahead as planned, it would result in significant and enduring harm to the interests of the majority of the company’s shareholders; shareholders who have invested in and supported the business over many years.

“Each of us looks to you, along with your colleagues and the management to do everything within your power to take action to protect the interests of the company and its shareholders as a whole to pursue the possibility of alternative solutions,” they add.

Ethos Foundation has also thrown its support behind a shareholder resolution which demands the removal of the “opting out clause” at Sika.

Because of this clause, Saint-Gobain does not have to reimburse or buy remaining shares to have controlling voting interest in Sika. This means that the family, which owns the majority of voting rights in Sika, may sell its stake to Saint-Gobain without the rest of the shareholders benefiting from such a deal.

“The articles of association of Sika currently contain an ‘opting out clause’ that allows an investor who purchases more than a third of the voting rights to be exempted from the obligation to make an offer to the rest of the capital,” according to a statement by the Ethos Foundation. “This is currently the case with Saint-Gobain buying from the Burkard family their Schenker Winkler Holding (SWH), a company that controls 52 percent of voting rights with only 16 percent of the share capital. The combination of a double class of shares and an opting out clause has allowed the Burkard family to sell its stake with an 80 percent premium on the share price.

“The resolution presented here demands the removal of the ‘opting out clause,’” the statement by the Ethos Foundation continues. “This provision strongly penalizes minority shareholders in the case of a sale of the stake of a controlling shareholder. After the removal of the ‘opting out clause,’ the buyer of the shares held by SWH will have to make an offer to the rest of the capital. In addition, the offer must be made at equal conditions to all shareholders as the payment of a control premium is prohibited by the Stock Exchange Act (SESTA). It is probable that Saint Gobain will refrain from the purchase under such constraint.”

The Ethos Foundation does not believe SWH (the company owned by the Burkard family should have the right to vote on the removal of the clause due to a “conflict of interest,” according to the statement.

“It would thus be only the 48 percent of voting rights held by the minority shareholders that should have the right to decide on whether to maintain or remove the opting out clause. In case of rejection, Ethos reserves the right to file an appeal with the Swiss Takeover Board (TOB). Ethos calls on all shareholders to support its resolution and to join the support group,” according to the organization’s statement.

In response to the pushback, Saint-Gobain officials say they met with Sika management in Zurich today.

“During this meeting, Saint-Gobain presented constructive proposals to the Sika Board of Directors and management to reassure them about Sika’s continued development under the best possible conditions and to implement the synergies identified, as quickly as possible after the closing, in the interests of all the shareholders,” according to a statement from Saint-Gobain.

Saint-Gobain officials reiterated that they have no intention of making an offer for the remaining shares of Sika (not held by the Burkard family).

“Sika will remain a Swiss company listed on the Swiss Stock Exchange and its headquarters will remain in Baar. … The current development and financial policies will be confirmed. There will be no reduction in Sika’s business portfolio, and Saint-Gobain will not be contributing its mortar business which contribution would deprive Saint-Gobain from the benefits of the synergies. Saint-Gobain has complete confidence in the local managers and teams in the various countries to pursue Sika’s growth in the best interests of all its employees and its shareholders,” according to the Saint-Gobain statement.

The French conglomerate says it does not plan to change Sika’s management structure or employees.

“On the contrary, the tie-up between Sika and Saint-Gobain is an opportunity to meet the needs for expertise in both companies and for their employees to benefit from a broader context. Saint-Gobain has proposed that joint teams be established in a few countries to specify on the ground the concrete sources of synergies to be exploited as soon as possible after the closing. The teams will be supported by a small central team in the areas of purchasing, R&D, sales and development, making it possible to detect best practices to be rolled out across the board. Such a light structure will make it possible to respect the decentralized nature of both companies,” according to Saint-Gobain’s statement.

Sika AG has issued a statement in response to the meeting, as well.

“We can confirm that a meeting between representatives of Sika and Saint-Gobain took place today in Zurich. Sika entered this meeting in good faith and was expecting constructive discussions. However, Saint-Gobain continues to ignore the detrimental effects of the transaction on Sika and its shareholders. The concerns of Sika’s shareholders, Sika management and Board are not taken serious. Furthermore, we distance ourselves from any claim made by Saint-Gobain that we have a joint view on possible synergies or any other aspect of the transaction. Sika will continue to act in the interest of its shareholders and other stakeholders,” according to Sika’s statement.