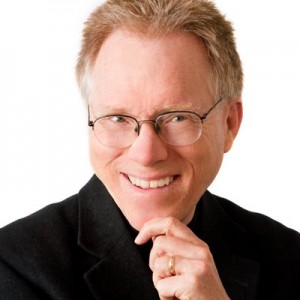 Chris Umble, vice president of sales initiatives for LYNX Services, will retire June 30, 2015. Umble has been a part of LYNX (which is owned by Solera Holdings) since its beginning in 1994 when PPG Industries created the division.

“LYNX was founded in 1994,” Umble says. “I was director of marketing of the glass group at PPG. In that capacity, I had the opportunity to help create the strategy that later became known as LYNX Services. When PPG created the business unit, I was invited to come help run it with Jim Latch. Together, we had the opportunity to start from zero. It’s always something I’ve believed in so much. It’s a business model and a group of people. It’s a culture. I have always been privileged to be associated with it.”

“The acquisition of LYNX by Solera is very good for business,” says Umble. “The business is at an ascended point. We’ve had a lot of growth in the last year. The synergy with Solera will lead to a lot of great opportunities for the people in the business. From my perspective, this helped contribute to the feeling that it was time to retire.

“I am not planning anything fancy or glamorous after I retire. I want to do a lot of things,” Umble says. “My wife Linda and I consider ourselves very fortunate to be able to make this move at this stage of our life.”

The company is splitting Umble’s responsibilities between two executives. LYNX hired Brady Bonner as vice president of sales and marketing in November 2014.

Prior to joining LYNX, Bonner spent time as a regional vice president and officer with Enterprise Holdings. He was responsible for managing sales teams for corporate accounts, as well as the replacement division for insurance, body shop and dealership segments.

“Bonner will be supported by Paul McFarland (director glass operations for LYNX),” says Umble. “Paul will be taking on the supply chain side of the job. All of the operating components of service delivery will fall under him.”

Umble says the company is in good hands.

“I’ve had the privilege of being involved since its infancy. Knowing it’s in good hands and on a great path means there is now an opportunity to do something different,” he says.

3 Responses to Chris Umble to Retire from LYNX Services