Soat: Fas-Break in 19 States, But Growth has Dropped 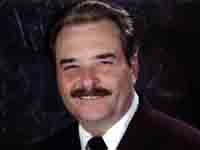 Kerry Soat, owner of Fas-Break in Chandler, Ariz., says that after 27 years, his business is strong. What are his biggest challenges? Finding new people and staying abreast of all the changes.

After spending more than 40 years in the automotive glass repair and replacement industry, Soat has seen ups and downs.

Soat began his career with Novus Glass as a Novus area representative in Michigan and Arizona.

“In January of 1975, I signed on as a Novus area representative for Michigan, and in March, I was the top producer for Novus, shipping kits all over the world,” he says.

“In the beginning, things were different than today,” Soat explains. “One, there wasn’t a deductible on comprehensive insurance coverage. All windshield replacements were paid for by the insurance companies. Back then a lot of windshields were in rubber gaskets and ran about $99 or less. A far cry from today’s windshields for sure. “

Soat mostly sold “do-it-yourself” kits. At the time, Novus had people doing windshield repairs, “but not very many.”

“You see, back then the resin we used was a two-part epoxy. You mixed the two bottles together and it would ‘set up’ or ‘cure’ within 10 minutes or less, depending on the outside temperature. It worked best at 70 degrees. In Michigan, that meant a couple of weeks a year,” he explains.

By 1976, insurance companies were going to a deductible for comprehensive coverage.

“The Insurance Institute for Highway Safety came out with a report recommending waiving deductibles for windshield repairs,” Soat points out. “Our phones started ringing like crazy. They were asking, ‘Where can we send our clients?’

“I set up people all over the United States in the whitewall business (which involved painting whitewalls on tires for car dealers as a service). It is the business that really put me on the map,” he says. “We were using a licensing agreement and Bill Drews (national sales manager for Novus) asked if he could get a copy. No problem. Next thing I know, Novus came out with a Novus Method Man program. This was for a person who would purchase a kit with a 30-pack of resin, commit to buying a 10-pack of resin a month and sign a licensing agreement.”

In the fall of 1978, Novus introduced its new repair system and resin, according to Soat.

“I was in attendance in that very first meeting (of national Novus area representatives), and I have a certificate to go along with it,” Soat says. “This is where Novus came out with the new bridge unit, still in use today and the ultra violet cure resin, which is also still in us today.”

According to Soat, this expanded windshield repair capability to cover larger damage.

“Our number of repairs went up dramatically with a lot of people making a lot of money,” Soat says.

In 1982, the Arizona Novus area representative position came up for sale. Soat decided to pack up in Michigan and move to a sunnier, warmer climate.

He began expanding his territory, buying up Las Vegas and parts of Southern California.

“When I went to buy more of Southern California, I was told I couldn’t buy any more territory since I was ‘big enough,’” he says.

This was about the time Novus switched its business model to franchising.

“In 1984, I sold my distributorship in Novus, along with my other territories and went fulltime into the insurance and investment business,” he explains.

In 1988, Soat again turned his attention to the AGRR industry once his non-compete agreement with Novus expired.

He started out with 15 technicians working for the company in the Phoenix market.

“Later that year, a gentleman from Durango, Colo., got a hold of me and wanted to set up an operation with Fas-Break in Durango. As others learned of my return to the business we added operators all over the country. That was the start of Fas-Break, and now I am going on 41 years of helping people start a business in windshield repair and auto glass replacement,” Soat explains.

“The resin we use now has a very high bonding strength,” he points out.

The company currently has trademark agreements with operators in 19 states, and Soat says that the demand for AGRR services is high.

“If you take the population of any county, you will find there are more registered vehicles than people who live there. The reality is that the about 10 percent of windshields are repairable and need work. This means for a county of 100,000, there are at least 10,000 vehicles that minute which need repair. And in many cases, the number is larger,” he explains.