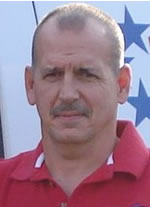 Freedom Glass was an Auto Glass Safety Council Registered Member-Company and his company was the first company to complete a successful third-party validation review when the program launched in November 2009.

Paley was elected to the Auto Glass Safety Council™ Board of Directors in 2012.

He was preceded in death by his parents, Richard and Edna Paley. He is survived by his three sons, Jason (Maria), Justin (Hailey) and Austin. He is also survived by his grandson, Parks Paley, his sister, Michelle Burmaster and his loving companion, Tasha Damon.

1 Response to Mike Paley Passed Away