After Half a Century Career Span, Frank Levesque to Retire 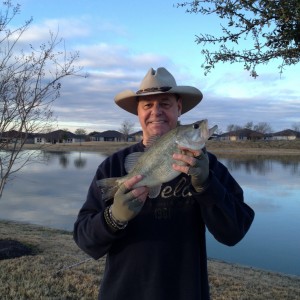 Frank Levesque says he lives to fish and plans to do a lot of it after his retirement.

The biggest challenge in today’s AGRR market is the same as it was 51 years ago—consumers are focused on price over quality, says Frank Levesque, director of product development and technical services at Glass Doctor University. After more than five decades, Levesque will retire on June 26, 2015.

“I’ve found that people are really focused on price,” he explains. “I always said that before I retire, I would like to see the day where are not doing mobile installations anymore. I’d like to see everything done in-house. Someday this will come to fruition because of the technical aspects of vehicles. Some of the new vehicles are very sophisticated. People won’t want repairs done near their yard when they spend that kind of money on technology. … Once we put a windshield in the vehicle, often the vehicle needs to go back to the dealership to be recalibrated. One day, the glass industry will have a device so we can make the recalibrations before giving the vehicle back to the customer.”

Over the years, Levesque has worked with and for such companies as Soule Glass, Demers Plate Glass, Portland Glass, Equalizer, Fein Power Tools, Pilkington and Glass Doctor.

So how did he get his start?

“My next door neighbor was a sales manager for a glass company when I was only 15 years old,” he says. “The neighbor asked, ‘Why don’t you get a job?’ I responded, ‘Why don’t you give me one?’ He did. I started out working summers in 1964 and didn’t even have a driver’s license. I would ride in with him. I worked cleaning up toilets, washing floors and learning the trade,” says Levesque.

Back then, the industry used cardboard patterns to cut out windshields and sidelites.

“We would cut it out and steam and polish it,” Levesque explains. “We only did about two windshields a day. We didn’t do any mobile work. If a dealership wanted a windshield, we would drive to them, but that was about it. When I was at Demers, we started promoting the one-hour windshield. We could cut the glass and get the windshield in within an hour.”

With all the new technology today, he calls it a different world.

“When I was young, having a trade skill was important. Today, everyone wants to use their head rather than their hands,” he says. “My generation thought having a trade was good. I don’t think trade skills are as important for the younger generation. … There are still great electricians, plumbers and whatnot, but it’s not as prevalent today. It’s amazing, cell phones have more technology than the first space capsules.”

Levesque has a passion for learning and says AGRR technicians always need to be on the lookout for new information as the auto industry is constantly changing.

“Every chance I have, I read the online forums, magazines and all kinds of automotive stuff. I try to stay on top of it so I can teach. It’s almost impossible to keep up with the industry since so much is changing,” he says.

He is looking forward to a quieter way of life.

“There is a new bass pro shop that opened up near where I live. That would be my ideal job in retirement. Not management, just a salesperson selling fishing tackle. I live to fish. I have a sign that says I was born to fish and forced to work. I’m not planning anything else, we’ll just see what comes up,” Levesque says.

9 Responses to After Half a Century Career Span, Frank Levesque to Retire