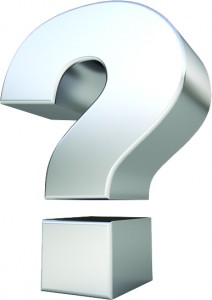 The Swiss Superior Court of Zug (Obergericht Zug) has denied Schenker-Winkler Holding AG’s (SWH) appeal over its restriction of voting rights in specialty Swiss chemical company SIKA AG. SIKA, its current management and some investors are attempting to stave off a bid by French conglomerate Saint-Gobain to gain a controlling interest in SIKA by acquiring SWH.

SWH, which is owned by the Burkard family, controls 16.1 percent of SIKA’s capital with 52.4 percent in voting rights. The wording of the opt-out cause means Saint-Gobain does not have to reimburse or buy the remaining shares to gain a controlling voting interest in SIKA.

During SIKA’s annual general meeting in mid-April, SIKA’s board of directors restricted the voting rights of SWH to 5 percent for all registered shares “to the extent that such a restriction is necessary to prevent an early change of control to Saint-Gobain,” according to the company’s statement.

The Swiss Superior Court of Zug (Obergericht Zug) released its decision via a press release.

“You [the current members of the founding family of SIKA] have sold in December 2014 the SWH to the French group Saint-Gobain,” according to a translation of the court’s press release from Dutch. “The sale can be completed only after the required approval by the antitrust authorizes. [The SIKA board of directors restricted] the voting rights of SWH to 5 percent for the annual general meeting of SIKA, citing the statutory limitation provision preventing the execution of the contract and thus a premature transition of control to Saint-Gobain.”

The court indicated that without the limitation in voting rights, replacement to SIKA’s board of directors would have been carried out with SWH’s majority vote, giving Saint-Gobain quicker control over the company.

SWH first took their case to the Swiss Canton Court of Zug (similar to a District Court in the U.S.), to ban the restriction in voting rights. The court denied the request. After this decision, SWH appealed to the Swiss Superior Court.

In essence, the Swiss Superior Court says the deal must gain antitrust approvals. If the court were to uphold the appeal, it would allow Saint-Gobain to have control of SIKA prior to the approval of the antitrust regulatory authorities.

“The disadvantage [against SIKA if the court were to approve SWH appeal] weighs much heavier than the disadvantage incurred by SWH in the temporary inability to consummate the purchase agreement with Saint-Gobain,” according to the court.

“The board of SIKA welcomes the decision and will analyze it in detail,” according to a company statement.

“Saint-Gobain has confidence in the Swiss courts, but the maneuvering done by certain members of SIKA’s board of directors for the sole purpose of delaying the closing of the transaction can only have adverse consequences for all of SIKA’s stakeholders,” the French company said in an emailed statement, according to a local report.

In another move, SIKA has been served with a conciliation request from Dr. Walter Grüebler that challenges the resolution to hold an extraordinary general meeting on July 24, 2015.

“The resolution was passed upon the request and with the votes of SWH at the ordinary general meeting of April 14, 2015. SIKA will respond to this challenge action in the context of the proceedings,” according to a statement from SIKA.

“The board of SIKA remains convinced that SWH’s attempted sale of SIKA to Saint-Gobain is legally not viable in this form and lacks any industrial logic,” the statement adds.