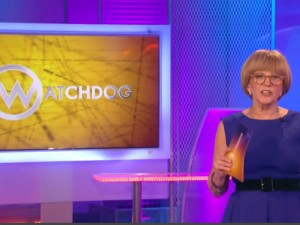 A reporter for BBC Watchdog, a United Kingdom TV show, says the show has received a 10-fold increase in people contacting them to complain about Autoglass®’ services. Autoglass® is a U.K.-based AGRR company owned by Belron. Autoglass® spokespeople say they take the issues raised by the show “extremely seriously.”

At the end of last year, Autoglass® closed most its branches and now relies almost solely on mobile AGRR services, the TV show host says. This has apparently led to complaints, she says.

Another alleges his windshield’s trim wasn’t replaced properly and the rain sensor wasn’t working. It took several hours on the phone to get someone from Autoglass® to come out, according to the customer. The mobile technician who visited was unable to fix the problem, he adds.

“Nine of the top 10 insurance companies [in the U.K.] recommend it, but for how much longer?” the Watchdog host asks.

In response to the segment, Autoglass® has issued a statement saying it is looking into the issues.

“We take the issues raised by BBC Watchdog extremely seriously,” according to the company statement. “We are sorry for the poor experience the customers featured on the program have had and our failure to resolve their complaints through our normal procedures. We have made contact with each customer to apologize, and we are taking steps to resolve any outstanding issues they have.”

“[W]e have worked hard to implement our changes and resolve individual customer issues on a case by case basis,” the statement reads. “To help ensure we deliver the service our customers expect, we have hired new customer service staff and more technicians, and we are confident these and other measures we have taken will address the issues we have encountered.”