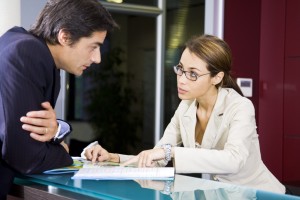 Several AGRR-related companies, including insurers and automakers, are named to this year’s Fortune 500 list. Looking more closely at the insurance sector, editors point out, “As miles driven continues to plateau, there will be less demand for car insurance.”

The editors made this reference when reporting that State Farm Insurance Cos. is No. 41 on the list. This is the same rank the company had last year.

“Recent revenue gains have been based on investments rather than underwriting,” according to Fortune’s report.

“Though revenues increased by less than 2 percent for the year, CEO Andrew Liveris is optimistic about the ‘new Dow’—as the company moves away from a dependency on the commodities cycle and focuses on earnings. In a shareholder meeting earlier this year, Liveris lauded Dow’s 2015 first quarter, which had $1.2 billion in cash flow thanks to operations, up nearly 50 percent from the previous year,” according to the magazine’s report.

Moving back to the insurance side, Berkshire Hathaway, parent company to Geico, is ranked at No. 4 out of the top 500 companies.

“It’s hard to imagine Berkshire without CEO Warren Buffett, who is 85 and eats like a six-year-old,” according to Fortune’s article.

Coming in at No. 6 on the list is General Motors. The automaker moved up one spot from No. 7 last year.

“Here’s how you’d sum up 2014 for General Motors in three words: recalls, recalls, recalls. The iconic American auto brand spent most of the year dealing with an ever-expanding recall scandal that saw CEO Mary Barra appear in front of Congress multiple times and the establishing of a $400 million-plus compensation protocol for victims of GM’s faulty ignition switches. Despite all this, though, sales were strong throughout the year, as GM rode the wave of industry-wide gains,” according to Fortune’s report.

The editorial team sees technology as an opportunity for GM: “The company is investing in autonomous cars and smart highways, and is working in the all-electric Chevy Bolt, an affordable alternative to Tesla.”

Next up in terms of AGRR-related companies is Ford, which grabbed No. 9 on the list, down from No. 8 last year.

“For Ford, 2014 could be seen as a sort of ‘rebuilding year’—sales were down while most of their competitors saw sales go up, but a lot of that was planned. The company was in the middle of changing its factories over to start production of the new aluminum 2015 F-150, which is still the most popular truck in the U.S. For this reason, automotive revenue and operating margin were down, but the company is expecting a big rebound in 2015,” according to Fortune.

Liberty Mutual Insurance Group snagged the No. 78 spot, down from No. 76 last year. Fortune editors’ note that Liberty has a “Strong market share in the property and casualty segment.”

“The insurance and financial services company’s revenues rose 5.0 percent in 2014, driven by increases in customer assets and higher premiums in the company’s property and casualty insurance businesses. The Columbus, Ohio-based insurer found itself in hot water earlier this year after a controversial Super Bowl ad featured a dying child. Shortly afterwards, Nationwide’s marketing chief Matt Jauchius left the firm,” according to the article.

“Though a lot of 3M’s brands are well known, the company also invests heavily in research and development, which it believes is a major driver of sales and profit growth. R&D expenses totaled $1.77 billion last year,” according to Fortune’s report.

Other industry-related companies to make the Fortune 500 list include:

160. The Hartford Financial Services Group, down from No. 113 in the previous year.

Offering some insight into this year’s list, Alan Murray, Fortune editor, writes, “This year, as a part of our research. We sent a survey to all the Fortune 500 CEOs. One of the questions we asked: What is your company’s greatest challenge? ‘The rapid pace of technological change’ topped the list, besting ‘cybersecurity’ (a close second), as well as other popular business bogeymen, such as ‘increased regulation,’ ‘shareholder activism,’ and ‘shortage of skilled labor.’

“Moreover, a whopping 94 percent of those who responded said their companies would change more in the next five years than in the past five,” he adds. “Today’s CEOs clearly recognize that new technologies are going to radically change the way they do business. And they know they need to figure it out before their competitors do.”

“Companies are ranked by total revenues for their respective fiscal years,” according to Fortune’s methodology. “[R]evenues are as reported, including revenues from discontinued operations when published. If a spinoff is on the list, it has not been included in discontinued operations. … Revenues for insurance companies include premium and annuity income, investment income, and capital gains or losses, but exclude deposits. Revenues figures for all companies include consolidated subsidiaries and exclude excise taxes. Data shown are for the fiscal year ended on or before Jan. 31, 2015. Unless otherwise noted, all figures are for the year ended Dec. 31, 2014.”