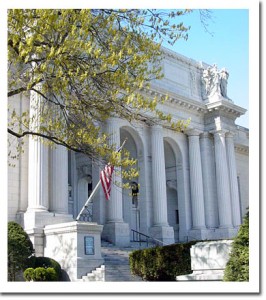 Plaintiffs filed the class-action lawsuit in 2003 alleging that Hartford had “unfairly” lowered prices in two ways: by “suppressing” the hourly labor rate paid to independent body shops through its supervision of its employee-appraisers and “unfairly steering” its insureds to its preferred-provider direct repair program shops.

The jury decision for this case came in November 2009 with a $14.7 million judgment against the defendant. The jury returned a verdict that rejected plaintiffs’ steering claim, according to Hartford’s attorneys. Stamford, Conn., Superior Court Judge Alfred Jennings added $20 million in punitive damages in June 2013. Hartford appealed the verdict.

“[I]nsurance companies in this state have the right to negotiate the hourly labor rates that they are willing to pay for auto body shop repairs and to refuse to give their business to an auto body repair shop with which they are unable to agree on such a rate,” the Connecticut Supreme Court judges write.

“They are also entitled … to employ appraisers to negotiate the labor rate for such repairs on their behalf,” the court adds. “Notably, the plaintiffs do not claim otherwise. In such circumstances, it would be an anomalous result, to say the least, if we were to endorse the position of the plaintiffs that every time an insurance company exercises its right to negotiate with an auto body repair shop for an hourly labor rate, and then proceeds to have its appraisers estimate the cost of repairing its insureds’ vehicles on the basis of that agreed on rate, it is somehow committing an unfair trade practice under CUTPA.”

The court points out that the appraiser does not have the authority, pursuant to his or her license, to establish a labor rate for auto body repair work.

“Appraisers do not have particular expertise in the economics and development of labor rates, and those matters are not a part of their licensing qualification,” according to court documents that cite a letter from state attorney general Richard Blumenthal to insurance commissioner Thomas Sullivan dated August 27, 2007.

The Connecticut Supreme Court remanded the case back to the lower court with the direction to “render a judgment for the defendant.”