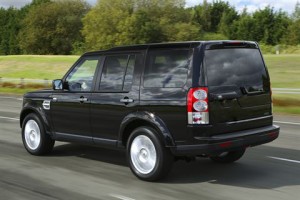 After owners reported the panoramic sunroof assemblies in their 2012-2013 Land Rover LR4s were either noisy, loose, leaking water, or in one case, “detached from the vehicle while the SUV was in motion,” Land Rover has issued a recall.

Investigating the situation, the automaker found an incorrect primer was used in the assembly bonding.

“Where the panoramic roof glass panel detaches from the vehicle, it may collide with other vehicles on the road or compel other road users to take evasive action,” according to National Highway Traffic Safety Administrator (NHTSA) documents supplied by Land Rover.

The component manufacturer was identified as NSG Group.

“Extensive investigations by Jaguar Land Rover engineering and the component suppliers during March 2015 were conducted on the current bonding agent used in the manufacture of the panoramic roof assemblies,” the automaker reports to NHTSA.

“[F]urther investigations in March and April 2015 identified that during the manufacturing period of the returned component (August 2012), a quality improvement activity was being undertaken at the supplier during the holiday closure period to change the bonding agent,” according to the documents. “During the change process, all the previous primer was removed from the bonding cell. When manufacturing restarted after the holiday period, the operator noted that the bonding cell had not been restocked with the new primer and an incorrect primer was used. The incorrect primer did not give the correct level of adhesion between the bonding agent and the roof glass.”

The automaker is instructing owners to take their vehicles to Land Rover dealers who will re-apply the correct primer.

There have been no reported accidents or injuries.