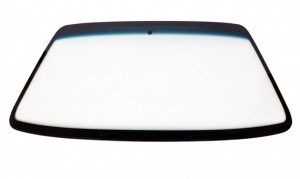 The auto parts industry, which includes windshields, has nearly doubled over the last five years and “growth in the sector is expected to accelerate globally,” according to a Top Markets Report released by the International Trade Administration. But certain challenges exist that could impede this growth. The report analyzes export trends for both original equipment and aftermarket parts, identifying which countries show the most growth potential.

“One of the greatest challenges facing U.S. auto parts exporters is the global regulatory environment,” according to the report. “Lack of harmonization/coherence and transparency of regulations and standards, deeply affect the competitiveness of the U.S. vehicle and automotive parts manufacturers worldwide. Conforming to two different standards is costly and time-consuming.

“Unfortunately, many countries are now choosing to either accept or base their regulatory standards on those developed by the European Union,” read the report. “Because of this, they are no longer allowing the sale of U.S.-compliant products in their markets. It is an irony that many of the countries that are adopting EU standards have systems more similar to the U.S. system (e.g., Chile, Columbia, Russia, etc.).”

This changing landscape is attributed to aggressive EU marketing of its regulatory system. The EU also appears to be including requirements for its standards in trade agreements.

However, there are also hints that emerging markets such as China and India are developing their own standards.

“Having a third, fourth or potentially more sets of standards will make it even harder to export to other markets, and certainly raise the cost of doing business,” according to the report.

The report ranks countries by near-term market potential to receive auto parts’ exports. Windshields are included as a part of the analysis.