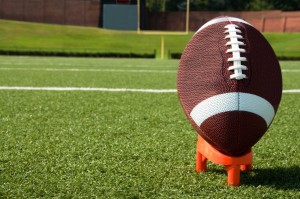 Safelite AutoGlass has entered the National Football League with a new sponsorship deal with the Buffalo Bills.

Safelite has eight locations and more than 150 employees in the Buffalo, N.Y., market. The terms of the deal were not disclosed.

“Ralph Wilson Stadium will be the site for two windshield repair events where fans can come and get their windshields repaired by Safelite AutoGlass experts,” according to a joint statement from the Bills and Safelite.

Dates and locations for these events have not been announced.

The Columbus, Ohio-based AGRR company will serve as an official sponsor of the Buffalo Bills Training Camp and will receive on-field signage as well as distribution ticket locations for the Bills’ night practice on Saturday, August 8, 2015.

“We are looking forward to supporting the Buffalo Bills and their fan base,” says Jeremy Harrington, Safelite district manager. “We think it’s important to get involved in our communities and this is just one of the many ways we do that.”

Safelite officials had not yet responded to a request for additional comment at press time.

1 Response to Safelite AutoGlass Drafted into NFL with Marketing Deal