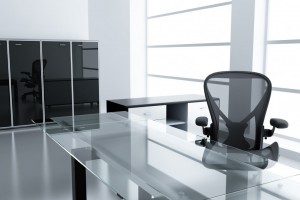 “Antitrust filings are proceeding as planned.” This is how French conglomerate Saint-Gobain’s management refers to the company’s bid to acquire Swiss specialty chemical company SIKA AG in its 2015 report on half-year results.

“Under no circumstances can Saint-Gobain be forced to purchase the shares of Schenker-Winkler Holding (SWH) if the acquisition gives rise to the obligation to launch a mandatory offer on all the shares of Sika or if its stake in Sika does not represent the majority of voting rights,” according to the company’s report.

“Regarding the validity of the opt-out clause challenged by Sika: Four decisions were issued by the Swiss Takeover Board (TOB) and FINMA (Swiss Financial Markets Supervisory Authority) in favor of SWH,” Saint-Gobain management highlights in the report. “The final decision by the federal administrative court is expected in second-half 2015. Regarding the voting rights restriction: The first instance decision by the Zug court is expected in first-half 2016.”

Through its plan to purchase SWH, Saint-Gobain would pick up majority voting rights in SIKA. SWH, which is owned by the Burkard family, controls 16.1 percent of SIKA’s capital with 52.4 percent in voting rights. The wording of SIKA’s opt-out clause means Saint-Gobain does not have to reimburse or buy the remaining shares to gain a controlling voting interest in the company. SIKA’s board, its current management and some investors are attempting to stave off the bid by Saint-Gobain. The latest opposition efforts were visible during SIKA’s extraordinary shareholders meeting held late last week.

“At the extraordinary general meeting, the board of directors restricted the voting rights in relation to the registered held by SWH to 5 percent of all registered shares,” according to a statement from SIKA. “Such restriction was applied in the interest of the company in order to maintain the status quo until the legal issues in dispute have been resolved in the ordinary proceedings.”

First-half sales for Saint-Gobain were up 4.8 percent to $22.04 billion USD (€19.86 billion EUR), including the automotive flat glass business.

“Automotive flat glass continued to report strong gains in all regions, excluding Brazil,” according to the company’s report.

The company did not cull out specific numbers for automotive glass sales.

On a like-for-like basis, overall company sales edged up 0.5 percent.