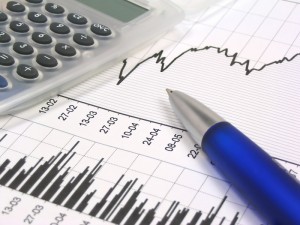 Swiss specialty chemical company SIKA AG’s board restricted the voting rights of Schenker-Winkler Holding (SWH) to 5 percent of all registered shares, thwarting the Burkard family-owned company’s attempt to remove the board chairman and several board members during the extraordinary shareholders meeting held Friday. In a repeat of what occurred at annual general shareholders meeting in April, compensation for the members of the board was rejected for the “current term of office.” SWH retained its majority voting rights on this topic.

“[S]uch rejection will, however, not have an impact on the board’s commitment for the company,” according to the statement from SIKA.

While SIKA’s board of directors’ compensation remains in question, future compensation proposed by the board for SIKA’s group management was approved in mid-April. Shareholders gave their approval during the annual general shareholders meeting, which turned into a seven-hour long affair.

The compensation drama began after French conglomerate Saint-Gobain’s plan to gain a controlling interest in SIKA by acquiring SWH was revealed late last year. SWH, which is owned by the Burkard family, controls 16.1 percent of SIKA’s capital with 52.4 percent in voting rights. The wording of SIKA’s opt-out clause means Saint-Gobain does not have to reimburse or buy the remaining shares to gain a controlling voting interest in the company. SIKA’s board, its current management and some investors are attempting to stave off the bid by Saint-Gobain.

“At the extraordinary general meeting, the board of directors restricted the voting rights in relation to the registered held by SWH to 5 percent of all registered shares,” according to a statement from SIKA. “Such restriction was applied in the interest of the company in order to maintain the status quo until the legal issues in dispute have been resolved in the ordinary proceedings. There was no voting rights restriction for the vote regarding the remuneration of the board of directors.”

On the heels of the extraordinary meeting, SIKA announced half-year results, noting that “the unknown outcome of Saint-Gobain’s hostile takeover bid” means the company’s future is unable to be forecasted with certainty.

SIKA reported “significant volume increases and gains in market share in all regions despite a very strong prior‐year period.”

North America and Latin America recorded the strongest sales growth, according to the company.

Sales reached $396.0 million USD (380.9 million CHF) in North America for the first half of the year, compared to $348.5 USD (335.2 million CHF) in the prior year. This figure includes both architectural and automotive sales.

“In North America, the healthy U.S. construction sector resulted in an 8.2-percent increase in sales. Expansion of the production capacities is in line with the positive outlook and is a significant growth driver for the future,” according to the company’s report.

“Despite the challenging environment, our 17,000 employees have demonstrated their competence and commitment and achieved a record result,” says Jan Jenisch, CEO. “Double‐digit sales growth in the core markets of the USA, Latin America, Africa, the Middle East, Eastern Europe, Southeast Asia and the Pacific underlines the strength of our growth model and allows us to face the future and the second half of 2015 with confidence.”