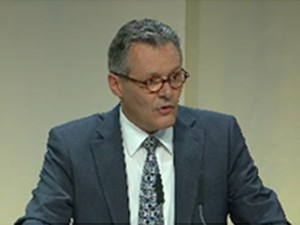 Cascade Investment LLC and the Bill & Melinda Gates Foundation Trust have filed a director’s liability lawsuit against Urs F. Burkard, board member of SIKA AG, alleging breach of director’s duties. The Swiss specialty chemical company, its current management and some investors, such as Cascade and the Bill & Melinda Gates Foundation, are attempting to stave off a bid by French conglomerate Saint-Gobain to gain a controlling interest in SIKA by acquiring Schenker-Winkler Holding (SWH).

SWH, which is owned by the Burkard family, controls 16.1 percent of SIKA’s capital with 52.4 percent in voting rights. The wording of SIKA’s opt-out cause means Saint-Gobain does not have to reimburse or buy the remaining shares to gain a controlling voting interest in SIKA.

“The complaint has been filed with the Justice of Peace in Baar, Canton of Zug, and asks that Burkard be ordered to reimburse SIKA for expenses incurred as a result of his actions leading up to the proposed transaction with Saint-Gobain,” according to a statement from the investors.

“The court filing accuses Burkard of having violated his director’s duties. Burkard has been a member of the board since 1990,” according to statement from the investor. “He was one of the architects of the proposed transaction despite having stated publicly that the Burkard family’s commitment remained unbroken.”

Cascade and the Bill & Melinda Gates Foundation Trust say they are reserving the right to demand further payments for damages from Burkard and to extend their request for legal redress to other members of the SIKA board of directors, who were elected in their capacity as representatives of SWH and the Burkard family

“In an open letter addressed to SIKA chairman Dr. Paul J. Hälg, Cascade and the Foundation Trust reaffirmed their full support of the independent members of the board and their commitment to oppose the current transaction as long as necessary until reasonableness prevails and the situation is resolved in the interest of SIKA, its employees and customers and all shareholders,” according to a statement by the investor.

Just after SIKA’s annual general shareholder meeting in April, Saint-Gobain issued a statement that reads:“Saint-Gobain reiterates its determination to complete the transaction and has full confidence that the Swiss courts shall allow SWH to regain their rights according to the law.”

An extraordinary general meeting of SIKA’s shareholders will be held in Waldmannhalle in Barr, Switzerland, at 10:30 a.m. (Central European Summer Time) on Friday.

SIKA’s board has denied SWH’s request to revise the agenda for the extraordinary general meeting.