AGRR Technician Dies in Car Crash While on the Job 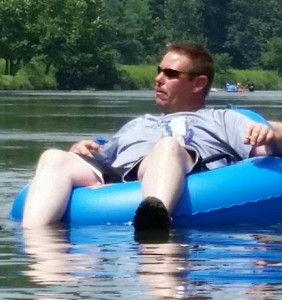 LaMark “Mark” Matthew Stallings, an Auto Glass Safety Council™ certified technician, was on the job last week in Salisbury, N.C., when his van was involved in an accident and he passed away from his injuries.

Stallings had spent more than 18 years with Deal’s Glass Service, which is based in Kannapolis, N.C.

“It was a very sad day at ABRA,” says Jim Richardson, vice president of the automotive glass division.

“On August 17, one of our auto glass technicians in Charlotte, N.C., was involved in a fatal two-vehicle accident while on the job,” he says. “Mark Stallings joined ABRA in August 2014 as a part of the acquisition of Deal’s Glass Service and Kimble Glass Services, where he had been employed for over 17 years. We send our sincere condolences and offer our continued support to the family.”

In lieu of flowers, donations may be made to the Southeast Bloodhound Rescue, Inc., c/o Leanne Dayvolt, Director, 61 Cypress Circle, Carrollton, GA 30116 or online at www.southeastbloodhoundrescue.net.