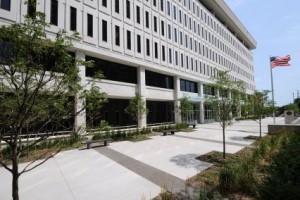 The case between Safelite Group, Safelite Solutions and the Minnesota Commerce Commissioner is moving closer to trial. Safelite Group had sued the commissioner and asked the U.S. District Court of Minnesota for a preliminary injunction to enjoin and declare invalid enforcement of a Minnesota statute which excludes “Safelite from doing business in Minnesota without the opportunity for a hearing.”

The pretrial conference is slated to be held in the U.S. District Courthouse in St. Paul, Minnesota on September 9, 2015.

If the case is not settled by September 2, 2015, trial counsel for each party must jointly prepare and file a confidential settlement letter. This letter must offer an overview of settlement discussions and outline an agenda of matters to be discussed at the pretrial conference. The parties are also asked to jointly come up with a discovery plan.

“If the parties are unable to agree on a discovery plan, the report shall separately set forth each party’s proposed plan,” according to court papers.

The parties are also required to report if they are willing to engage in “any method of alternative dispute resolution.”

The legal battle began after a settlement between the Minnesota Department of Commerce, Insurance division, and Auto Club Group came to light. The settlement provides for the Auto Club Group to pay a civil penalty of $150,000 and “cease and desist from using Safelite Solutions, or any other subsidiary of Safelite Group Inc. as its administrator of automobile glass claims in Minnesota,” according to the settlement agreement.

Safelite Group, Safelite Solutions and the Minnesota Commerce Commissioner have held two settlement conferences before a U.S. Magistrate Judge in the U.S. District Court of Minnesota. A settlement has not yet been announced by the court.