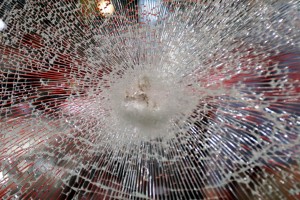 D’Ieteren, parent company to Belron and Safelite, reported six-month consolidated results before taxes for its automotive repair and replacement business reached $90.3 million USD (80.4 million EUR), up 60.2 percent over the prior year, mostly due to increased sales in the United States, tight cost control and the impact of restructuring in Europe, according to the company’s report.

Sales for Belron were up 11.9 percent, including a 2 percent organic increase due to U.S. growth, which partially offset the European declines, a 0.2 percent increase from acquisitions and a 10.1 percent positive currency translation affect, partially offset by a decrease of 0.4 percent from one less trading day, according to the company.

“It was a mixed first half for Belron,” according to the report. “The market declines in Europe exceeded expectations. However, the various restructuring and efficiency actions initiated in 2014 have enabled many of the European countries to deliver profit growth.

“The U.S. had a second exceptionally strong winter, and the business has been able to capture more of the upside notably through a significant increase in technician headcount,” according to the report.

Belron’s sales reached $1.8 billion USD (1.64 billion EUR), up 1.9 percent, including a 2 percent organic increase, 0.2 percent growth from acquisitions and a 10.1 percent positive currency translation impact. This was partially offset by a 0.4 percent decline due to one less trading day.

“Organic sales growth reflects a U.S. market that was slightly up combined with market share gains, partially offset by market decreases and some market share losses in Europe,” according to the report. “Total repair and replacement jobs decreased by 1.9 percent to 5.6 million. Sales benefited from a positive product mix effect due to a greater proportion of replacements versus repairs due to the harsh winter weather in the U.S.”

Belron management also touched on the transition of Autoglass® in the U.K. to a mobile-only business.

“In the U.K., the transformation of the operational model was extremely challenging in the first half of 2015 with a major adverse impact on employee engagement and customer service and a larger-than-expected knock-on negative impact on sales and profit,” according to the report. “Further, additional restructuring costs were incurred associated with the closure of the defined benefit section of the U.K. pension plan at the beginning of May 2015. The operational performance of the business recovered substantially in the second quarter, but further progress is still required for the business to return to its traditional service levels and for the full benefits of the restructuring to be delivered.”

Looking ahead, management expects results for the remainder of the year to be mixed.

“Whereas the U.S. is expected to deliver growth, further declines are expected in Europe,” according to the report.