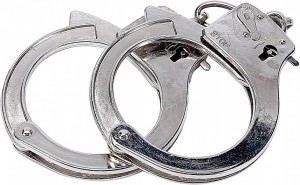 Steven Jalbert, a Vermont inspection mechanic, has been charged with one count of manslaughter and one count of reckless endangerment for a “negligent vehicle inspection.” Jalbert is accused of missing a vital flaw with a vehicle’s brake system during inspection. The system later failed causing a death.

“Jalbert was a certified Vermont state inspection mechanic in May 2014 when he acted with criminal negligence in allowing a vehicle to pass the annual safety inspection when its brake lines and rocker panels were rusted, corroded and in a visibly unsafe condition,” according to John Treadwell, assistant attorney general for Vermont.

“Subsequently, the vehicle’s braking systems failed and it collided with a tree, where its severely rotted frame failed to properly absorb the impact, causing the death of Elizabeth Ibey of Barre, Vt., on July 5, 2014,” says Treadwell.

The matter was investigated by the Enforcement and Safety Division of the Vermont Department of Motor Vehicles and referred to the state’s Attorney General’s office.

Jalbert pleaded not guilty at his arraignment in court in Barre, Vt., according to the assistant attorney general. If convicted, he faces a penalty of between one and 15 years in prison.