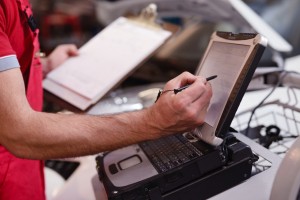 The Brinson Co. (TBC), and its owner, Rainer Wittich, 66, of River Ridge, La., pleaded guilty before a U.S. District Court judge of the Eastern District of Louisiana to charges of conspiracy to commit criminal copyright infringement and violating the Digital Millennium Copyright Act, as well as criminal copyright infringement, according to the U.S. Department of Justice.

Sentencing is scheduled for Jan. 16, 2016. As part of its plea agreement, TBC agreed to assist Mercedes-Benz in compiling a list of all customers to whom it sold, distributed, donated or otherwise provided the pirated software.

Wittich owned TBC, which sold replacement parts and diagnostic equipment for Mercedes-Benz vehicles. According to TBC’s plea agreement, beginning in about 2001, in conjunction with two other companies, TBC began developing, manufacturing and selling non-authentic versions of the Mercedes-Benz Star Diagnostic System (SDS), a portable tablet-type computer that contains proprietary software created by Mercedes-Benz to diagnose and repair its automobiles and that requires a code or “license key” to access. TBC admitted that, without authorization, it obtained Mercedes-Benz SDS software and updates, modified and duplicated the software, and installed the software on laptop computers (which served as the SDS units), according to a statement from the Department of Justice.

TBC further admitted that, not later than June 2010, it began purchasing software for the non-authentic SDS units as well as updates and “patches” for the software from an individual in the United Kingdom. TBC admitted that, after Mercedes-Benz notified the United Kingdom-based individual that his conduct was in violation of the law, representatives of TBC and the co-conspirator companies discussed plans to have him “go underground and off the radar” and continue to provide assistance and support in the production of non-authentic SDS units, according to the Department of Justice.

A genuine SDS unit sold for up to $22,000, and purchasers of the SDS paid Mercedes-Benz several thousands of dollars per year to receive regular software updates. According to TBC’s plea agreement, a non-authentic SDS unit sold for up to $11,000. TBC admitted that, in total, it sold approximately 725 non-authentic SDS devices, and that one of its co-conspirators sold at least 95 devices, according to the Department of Justice.

The case was investigated by the Cyber Task Force of the FBI’s New Orleans Division. The case is being prosecuted by Senior Counsel Evan Williams of the Criminal Division’s Computer Crimes and Intellectual Property Section and Assistant U.S. Attorneys Jordan Ginsberg and Myles Ranier of the Eastern District of Louisiana.