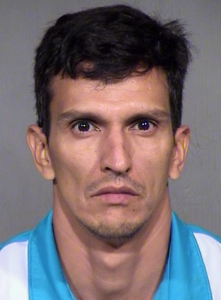 The Arizona Department of Insurance Fraud Unit has arrested Precision 1 Auto Glass owner Donald Parra, 41, of Mesa, Ariz. He is charged with “several felony charges including identity theft and insurance fraud after making fictitious automobile glass claims to insurance companies,” including Farmer’s Insurance, according to the fraud unit.

The company was recently re-named to Family Glass Shop, according to the Arizona Department of Insurance.

“As part of an undercover investigation of Parra and his business, Arizona Department of Insurance Fraud Unit investigators were solicited by one of Parra’s employees to make a fictitious claim to an insurance company,” according to a statement from the Insurance Department. “The investigation also revealed Parra and his employees were filing fictitious automobile glass claims representing themselves as the insureds who had business with their company in the past.”

In Arizona, it is a class 6 felony for an automotive glass repair representative or salesperson to knowingly submit a false claim to an insurance company if the services were not provided.

In addition to Parra, two other suspects were located, taken into custody and subsequently released after being interviewed, according to the statement. To date, no charges have been filed against these suspects.

Several computers and numerous other items were seized as evidence during a search warrant served on the business.

“All Arizonans should be proud of the great work done by the Fraud Unit,” says Darren Ellingson, Arizona acting director of Insurance. “The Fraud Unit’s efforts help reduce the overall cost of insurance for every Arizonan, while sending notice to other bad actors that Arizona will not tolerate insurance crimes.”

The company lists itself as an Auto Glass Safety Council™ Registered Member Company on its website; however, this is not the case.

“Precision 1 Auto Glass is not an AGSC™ Registered Member company,” says Kathy Bimber, AGSC director of operations. “The AGSC is aggressive in protecting its logo and will be doing so in this case as well.”

Attempts to reach the company via a phone number listed on the company’s website were unsuccessful.