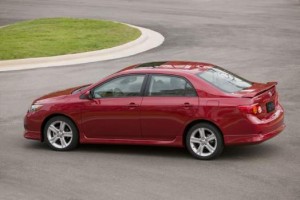 Toyota is recalling 2 million vehicles related to the driver’s side power window master switch, which may have been manufactured with “insufficient lubricant grease,” leading to a potential fire.

“If not enough grease is applied, under certain conditions, the switch may develop a short circuit that can cause the switch assembly to overheat and melt,” according a statement released by Toyota. “A melting switch can product smoke and potentially lead to a fire.”

The models covered in the recall include:

“This safety recall adds vehicles not previously involved in the prior action that utilized an alternative lubricant application method,” according to the statement.

Toyota dealers will inspect the switch and apply heat-resistant grease. If the switch is not operating properly, an internal circuit board will be replaced, based on the release.