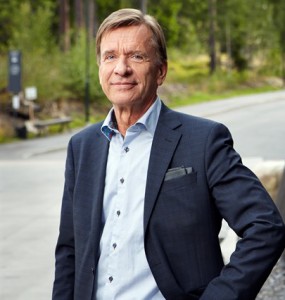 “Volvo will accept full liability whenever one of its cars is in autonomous mode,” Håkan Samuelsson, president and chief executive of Volvo Cars, plans to say during a speech tonight at the Swedish Embassy in Washington, D.C. The prepared remarks come from a Volvo communications document. If more automakers go this route, it will kick off a blame game between insurers, automakers and those involved in a crash, says Brian VanWyk, operations manager for AAA Mid-Atlantic Auto Glass.

“There will still be blame for the accident on the other driver, road conditions and more,” he says.

“The blame game will start with the insurance companies trying to excuse themselves from the claim,” he adds. “It will be very interesting. As for glass, I’m not sure what the percentage of glass claims are from accidents. I would think most are from road debris, grass cutting, break-ins or just accidental breaking.”

It doesn’t appear that any “act of God” damage would be protected by the manufacturer, according to VanWyk.

Samuelsson is expected to urge U.S. regulators to work closely with automakers to solve issues over questions of legal liability when an autonomous vehicle is in a crash or hacked by a third party.

“The U.S. risks losing its leading position due to the lack of Federal guidelines for the testing and certification of autonomous vehicles,” according to Samuelsson’s prepared remarks. “Europe has suffered to some extent by having a patchwork of rules and regulations. It would be a shame if the U.S. took a similar path to Europe in this crucial area.”

The lack of Federal oversight could slow down the development and introduction of autonomous driving technologies by making it difficult for automakers to test, develop and sell these vehicles, he plans to say.

“The absence of one set of rules means car makers cannot conduct credible tests to develop cars that meet all the different guidelines of all 50 U.S. states,” according to his prepared speech. “If we are to ensure a smooth transition to autonomous mobility then together we must create the necessary framework that will support this.”

His speech will be a part of a seminar titled “A Future with Self-Driving Cars—Is It Safe?” organized by Volvo and the Sweden Embassy.