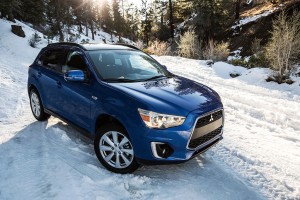 The National Highway Traffic Safety Administration (NHTSA) has granted an exemption to Mitsubishi Motors North America for a quarter panel sidelite that does not comply with the Federal Motor Vehicle Safety Standard covering glazing materials.

“Mitsubishi explains that the quarter panel window glazing installed in the subject vehicles was labeled with the manufacturer’s model number ‘M-66,’ indicating a tempered glass construction and ‘AS2,’ incorrectly indicating the glass light transmission properties of at least 70 percent,” according to NHTSA’s documents on the Federal Register.

“The correct manufacturer’s model number, which should have been affixed to the quarter panel glass window is ‘M-131,’ which corresponds to a tempered ‘privacy’ glass construction and a light transmission of 25 percent, and the correct item of glazing number should have been ‘AS-3,’ which corresponds to glazing with less than 70 percent light transmittance.”

Pilkington North America manufactured 8,927 quarter panel glass sidelites with the incorrect model number and item of glazing number. Of these, the company scrapped all but 1,139 that had been shipped to Mitsubishi.

“Mitsubishi retrieved and returned to Pilkington 997 noncomplying windows, but 142 were installed in a suspect population of 349 vehicles that were shipped to the United States (300 vehicles) and to Mexico and Canada (49 vehicles),” according to the report.

In its decision, NHTSA indicated the non-compliance does not impact driver or passenger safety. It its report, the agency notes “Mitsubishi has met its burden of persuasion that the FMVSS No. 205 non-compliance is inconsequential to motor vehicle safety.”