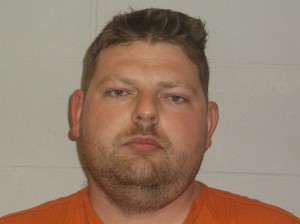 Former Safelite AutoGlass technician, Anthony “Tony” Jackson of Enid, Okla., has been charged with cruelty to an animal as well as reckless conduct with a firearm for allegedly shooting out windows on 42 vehicles, says Captain Jack Morris of the local police department.

Jackson was recently terminated from the local Safelite AutoGlass branch and police were called out to the location after a manager discovered firearms in his former work van when cleaning out the vehicle, according to a local report, which was shared on the Enid Police Department’s Facebook page.

“There were no issues during that incident,” says Capt. Morris. The police were there on standby, he adds.

At about 5 p.m. on Thursday, the Enid Police Department began receiving multiple calls of vehicle windows being shot out by a person with a handgun.

Police learned that a maroon vehicle was involved in the shootings and an eyewitness saw the suspect fire a handgun from the vehicle. The witness was able to provide police with a license plate number. That number led police to a local residence where the maroon vehicle was discovered. They served a warrant at the residence and Jackson was taken into custody.

Approximately 42 calls have been received concerning damage to vehicles and one call involved a dog that was shot in the leg, according to Capt. Morris.

Jackson has been charged with cruelty to an animal, use of a vehicle to facilitate intentional discharge of a firearm and reckless conduct with a firearm.

“The incident had several people in the community on alert,” says Capt. Morris. “An eye witness who obtained a license plate number of the vehicle driven by the shooter played an important role in apprehending Mr. Jackson as quickly as we did.”

Safelite is assisting police with the investigation.

“Safelite is aware that an incident occurred on November 19 in Enid, Okla., involving one of our former employees,” says Jenny Cain, a Safelite’s spokesperson. “Our thoughts and prayers are with those affected. We are doing everything we can to help the police with their inquiries and we cannot comment any further until the investigation is complete.”