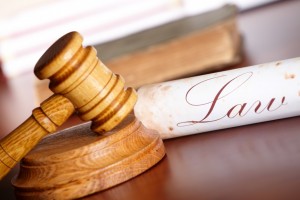 A U.S. District Court in Ohio has ordered Rich Campfield, founder of Ultra Bond in Grand Junction, Colo., to make a settlement demand by the end of this month in the case against Safelite Group, Safelite Solutions and Safelite Fulfillment (Safelite). Safelite is to respond no later than December 20, 2015, according to the U.S. District Court, Southern District of Ohio, Eastern Division. The case revolves around allegations of misleading advertising that favors replacement of windshields rather than repairs of long cracks.

“The parties shall make a good faith effort to settle this case,” according to the order filed in the U.S. District Court for the Southern District of Ohio, Eastern Division.

This case will be referred to an attorney mediator, or to a magistrate judge, for a settlement conference, according to the order.

“All discovery that may affect the parties’ ability to evaluate this case for settlement purposes must be completed prior to the beginning of settlement week [in September of next year],” according to the judge.

The judge noted that the parties “expressed a difference of opinion” about whether discovery should be put on hold pending Safelite’s motion to dismiss the case.

“The court suggested that they work cooperatively on a discovery plan which would encompass some of the preliminary steps in discovery but defer the more costly portions for some period of time,” according to the order.

The parties were encouraged to contact the court for assistance if they were unable to reach a discovery agreement.

The court refers to the complaint as a Lanham Act case, where the plaintiffs accuse Safelite of making false representations to consumers who have suffered a cracked windshield, concerning both the feasibility of repairing cracks longer than six inches and also concerning the replacement of a factory-installed windshield with a non-OEM product.

Safelite has filed a motion to dismiss in response to the complaint.