3 Things the NHTSA Wants You to Know

At a recent National Highway Traffic Safety Administration (NHTSA) meeting, Mark Rosekind, administrator, touched on three areas of highway safety: its current state, how the NHTSA is improving it and new frontiers that will need to be addressed. 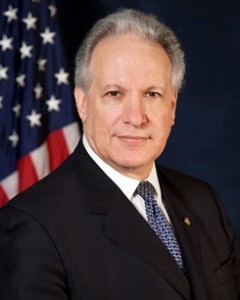 Rosekind started out with some highlights.

“Traffic fatalities are down 25 percent in the last decade, despite population growth,” he said. This is due to “government at all levels, vehicle manufacturers, nongovernmental advocacy groups and every single American driver.”

Despite the positive trend, Rosekind said he is not satisfied with those numbers.

“The only acceptable highway safety goal is zero deaths,” he said.

“Defect recall system changes were my top priority on arrival,” Rosekind said. “We’ve instituted efforts on more than 45 improvements … One example is the groundbreaking use of enforcement authority to take unprecedented steps on the Takata recalls.”

Because 94 percent of fatal crashes result from human choices or errors, Rosekind said the administration has initiated new measures such as the first-ever seat belt campaign aimed at parents of tweens and more drowsy driving data research. There’s also an announcement to be made soon “on a nationwide series of meetings to solicit groundbreaking ideas on the behavioral side,” which will culminate at a capstone DC meeting, Rosekind said.

The automotive industry is “fast-approaching a pivot pint in its history,” Rosekind explained. “[It’s going] from the old philosophy of thinking crashes were inevitable and ‘safety equals less carnage’ to a new era of stopping a crash from ever occurring.”

Rosekind said vehicle-to-vehicle communication is an important part of that strategy, which can prevent 600,000 crashes and save 1,000 lives a year, according to his data.