From Concept to Reality: Gorilla Glass Windshield Goes into Production 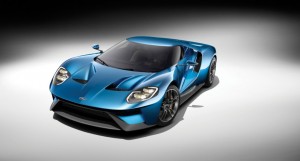 When the Ford GT goes on sale next year, it will feature a Corning Gorilla Glass hybrid windshield. And Pittsburgh Glass Works (PGW) will serve as the automaker’s Tier 1 supplier for this glass.

A product first used in smartphones in 2007, Gorilla Glass has shown hints of crossing over into the automotive marketplace for years. In 2014, Corning received a BMW Supplier Innovation Award for the Gorilla Glass used in the BMW i8 as an acoustic glass partition to shield sound from the rear engine. In April 2015, Corning was “quietly spreading the word on Wall Street that it is aiming to enter the auto glass market in a big way in the next few years,” according to a local report.

Well, now it’s official. Ford, Corning and PGW have all teamed up to make a Gorilla Glass windshield a reality.

First studied for a Ford supercar concept, the automaker and Corning created a small group of purchasing and engineering employees to focus on this technology. They soon realized there were “real world applications,” according to Ford, and worked to fast track the windshield. Within four months of its formation, the group was seeking program approval to use the specialty glass as windows in vehicles.

The hybrid windshield consists of three layers. The Gorilla Glass serves as the inner layer, a plastic adhesive is the interlayer and annealed soda lime glass serves as the outside layer, according to Corning.

Ford says it tested the new glass over stone and in rough road conditions. It also had to endure specific projectile, rollover and wind-tunnel testing.

“During development, we tried different glass variations before we found a combination that provided both weight savings and the durability needed for exterior automotive glass,” says Paul Linden, Ford body exteriors engineer. “We learned, somewhat counterintuitively, that the strengthened interior layer of the windshield is the key to success of the hybrid window.”

PGW became the Tier 1 supplier after more than a year of development that “included the installation of unique capabilities to fabricate aluminosilicate and soda-lime laminated hybrid constructions at our Berea, Ky., manufacturing facility,” PGW released in a statement. 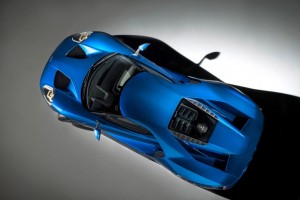 “The windshield application will be the first of its kind in the automotive OEM production market,” according to PGW. “With advantages in weight, strength and optics, PGW believes these new products will further the expansion of hybrid laminate and traditional thin solutions as light weighting continues to be an industry priority.”

The Ford GT model will likely be the first of many vehicles to feature this new hybrid technology.

“We believe lightweight, tough, optically advantaged Gorilla Glass for Automotive is a game-changer for the industry, and we’re thrilled to work with Ford to bring it to market,” says Wendell Weeks, chairman and CEO of Corning Inc.

“The Ford GT is setting new standards for innovation through performance and light-weighting, and we’re excited about exploring other applications for this great new technology,” says Hau Thai-Tang, Ford group vice president of global purchasing.

PGW had a Gorilla Glass sunroof on display during Auto Glass Week™ 2015 in Reno, Nev. To see the sunroof, click here and fast forward to the 5:58 mark.

What are your thoughts on Gorilla Glass windshields? Email jreed@glass.com or visit the glassBYTEs.com™/AGRR™ magazine forum here to share them.

4 Responses to From Concept to Reality: Gorilla Glass Windshield Goes into Production