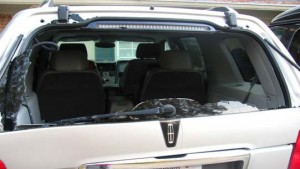 Plaintiffs said Ford knew of the tailgate issue since at least 2002. The judge has approved Ford’s motion for summary judgment.

Attorneys for the Ford owners introduced four expert witnesses to testify to the potential safety risks and possible damages, according to court documents. The judge says the experts’ testimony is not admissible.

“To substantiate their claims about the safety risks associated with the cracked appliqué, plaintiffs offer the testimony of three experts: Henry Chamberlain, a glazing expert; Don Phillips, an automobile safety expert, and Carl Locke, Ph.D., an expert in metal corrosion,” the judge writes. “Plaintiffs further rely on the testimony of Richard Hixenbaugh, an automobile appraiser, to support their claim that the cracked appliqué and its safety risks reduced the value of the cars by 15 percent across the board.

“Although Chamberlain is undeniably qualified to testify about glazing and glass installation, he does not possess the requisite experience, training, or education to offer opinions about the cracking applique, corrosion, or the rate of cracking in the appliqués,” writes the judge.

Though the judge writes that Dr. Locke is “eminently qualified,” he calls into question the methodology used to support the conclusions.

As for Hixenbaugh’s conclusions, the judge says these are based on “ipse dixit,” which is a Latin term referring to an unsupported statement that rests solely on the authority of the individual who makes it, according to an online legal dictionary.

In addition to granting Ford’s motion for summary judgement, the judge writes that the plaintiffs’ motion for class certification is denied as moot.

The Ford vehicles mentioned in the complaint included the model 2002 through 2005 Ford Explorer and Mercury Mountaineer, and model 2003 through 2005 Lincoln Aviator.

To read a copy of the judge’s decision, click here.

To read a copy of the Ford owners’ complaint, click here.

To read a copy of Ford’s response, click here.