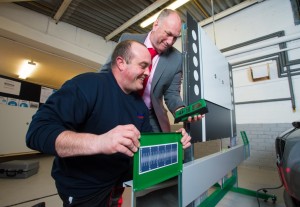 If a windshield has ADAS cameras and sensors, it needs to be calibrated after replacement to ensure the technology works as intended, according to a statement from the company. National Windscreens aims to provide workshops to accurately calibrate these devices during the time of windshield replacement. A calibration-only service will also be available by appointment.

“An in-house training program has been in place for several months and the appointment of Tim Camm as technical manager will further strengthen the company’s technical capability,” according to a company statement.

The U.K. based company noted it will bill insurers and fleet organizations for glass and calibration on one invoice.

“ADAS is developing very quickly,” says Camm. “Unsurprisingly, luxury models were the first to adopt the latest technologies, but we are now seeing it trickle down to practically all makes and models of vehicles. It is anticipated that by 2020, more than 40 percent of new vehicles will have at least two types of driver assistance systems.

“Our figures show that at the moment, approximately 75 percent of all camera sensors should be calibrated under workshop conditions rather than dynamic calibration [which would occur while driving the vehicle] for accuracy reasons,” adds Camm. “The functionality of these cameras is increasing all the time and the need for absolute accuracy is paramount.”

National Windscreens is working with Thatcham Research to draft an ADAS approved code of practice.