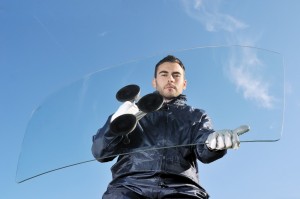 The Arizona Senate’s Military Affairs and Public Safety Committee voted no against Bill 2500, “Unlawful Practices: Auto Glass Repair” on Thursday.  The bill would have meant criminal penalties for violations of the legislation. It was approved by the state House of Representatives. The bill will not move forward from the Senate and effectively dies.

HB 2500 was designed to amend the insurance statute to regulate the marketing of automotive glass. The legislation also would have made it unlawful for automotive glass shops to “take an assignment of any claim relating to the repair or replacement of auto glass.”

Because the committee voted no, the bill will not move on to another committee nor to a full state Senate vote.

“This went to Senate Committee Wednesday, under a strike all SB 1162. I (and several other glass shops) spoke at the committee hearing. This did not pass committee,” says Cara Fuller, manager of Freedom Auto Glass in Scottsdale, Ariz.

Kerry Soat, owner of Fas-Break in Chandler, Ariz., also, had spoke before the committee.

“I asked them to vote no because the penalties didn’t fit the crime,” he says. “It was a unanimous vote of no by the committee.”

“Safelite is very disappointed that the committee voted not to pass this critical legislation that would protect Arizona consumers from unscrupulous and predatory practices that exist in the vehicle glass repair and replacement industry,” says Scot Zajic, Safelite’s vice president of legislative affairs. “This bill was supported by many Arizona-based glass shops, national anti-fraud groups and insurance companies whose sole purpose was to eliminate these practices that allow profiteering on the backs of consumers and their hard-earned insurance premiums that they pay.

“Safelite will continue to work with interested parties to make sure these much needed protections are placed into law,” he adds.

The bill has been killed for this legislative session, says Soat.

“This bill and language was self-serving to the insurance companies. … It was going to die in Senate no matter what,” he adds.

To read the language of the bill that passed the House, click here.

1 Response to Arizona Senate Committee Votes No to Glass Bill