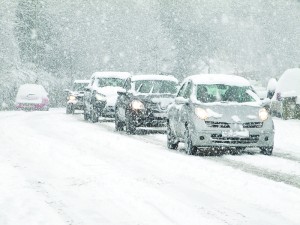 Belron’s sales from continuing operations were $3.43 billion in USD (€3.16 billion in Euros), up 13.2 percent. This includes an organic increase of 4.7 percent, 0.4 percent growth from acquisitions and an 8.1 percent positive currency translation impact.

“Organic sales growth reflects a substantial increase in the U.S. due to both market growth and market share gains, partially offset by a decrease in some European countries primarily due to market declines,” according to the report.

The positive currency translation impact is due to a stronger U.S. dollar and British pound.

“The U.S. business served a record number of customers thereby generating record sales and operating profit,” according to the report. “The business continues to increase its headcount in order to be able to meet the demand generated by the market, innovative marketing activities and close relationships with insurance, fleet and lease partners.”

Outside of Europe, in the region which includes the U.S., sales increased 27.7 percent, including an organic sales increase of 12.5 percent, primarily recorded in the U.S, as well as a 0.2 percent positive impact due to acquisitions in the U.S. and of former franchisees in Canada and a positive currency impact of 15 percent mainly due to a stronger U.S. dollar.

“The U.S. market was strong for a second year in a row thanks to harsh winter conditions,” according to management. “Moreover, the business was well-positioned to gain market share due to strong marketing activities, notably digital, an 11 percent rise in headcount, primarily technicians and higher glass inventories.”

In Europe, the company introduced claims management services in France, as well as a greater use of digital marketing in many countries and restructuring initiatives in the United Kingdom, Italy, the Netherlands and Germany.

In Europe, sales decreased by 0.2 percent, including a decrease in organic sales of 2.5 percent due to continued market declines and associated challenging market conditions, notably in Italy and the Netherlands, officials reported.

The U.K. market was “extremely challenging” during the first half of 2015, according to officials.

“The operational performance of the business recovered substantially in the second half of 2015 with much improved service levels although further progress is still required for the full benefits of the restructuring to be delivered,” according to the report.

“Both businesses are being run separately from the Carglass business and customers have the choice between the value propositions of Carglass, Autotaalglas and GlasGarage,” according to the company.

In Germany, the company acquired Junited Autoglas. This franchise network includes 232 branches. Junited is also being run separately from the Carglass business.

Looking ahead, moderate organic sales growth is expected for the company.