If one of your customers complain of visibility issues at nighttime, it is most likely not the windshield, it could be the headlights. This is according to new research from the Insurance Institute for Highway Safety (IIHS).

“If you’re having trouble seeing behind the wheel at night, it could very well be your headlights and not your eyes that are to blame,” says David Zuby, IIHS executive vice president and chief research officer.

Out of 31 midsize vehicles tested, only the Toyota Prius v has an available headlight system that earns a “good” rating.

“The results are dismal,” according to a statement by the IIHS. 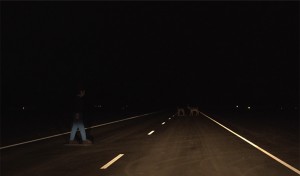 IIHS rates the Honda Accord 4-door halogen headlight system as “acceptable.” It offers good visibility on the straightaway, according to IIHS. Photo Courtesy of IIHS

To get the “good” headlight system, the consumer must purchase the Prius’ advanced technology package, which is only available on the highest trim level. The system includes LED lights and high-beam assist. When the same vehicle is equipped with halogen lights and without high-beam assist, the vehicle earns a “poor” rating.

“The Prius v’s LED low beams should give a driver traveling straight at 70 mph enough time to identify an obstacle on the right side of the road, where the light is best, and brake and stop,” explains Matthew Brumbelow, an IIHS senior engineer. “In contrast, someone with the halogen lights would need to drive 20 mph slower in order to avoid a crash.”

Think buying a luxury vehicle equals better headlights? Think again, says the IIHS. Among the 44 headlight systems that earned a poor rating, the halogen lights on the BMW 3 series are the worst, according to IIHS. 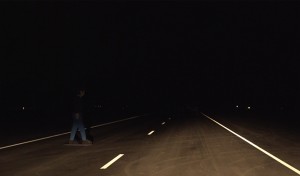 “A driver with those headlights would have to be going 35 mph or slower to stop in time for an obstacle in the travel lane,” according to an IIHS statement. “A better choice for the same car is an LED curve-adaptive system with high-beam assist, a combination that rates marginal.”

In its research, the IIHS provided ratings for 82 headlight systems, though only 31 vehicles were tested. This is because each model is available with different systems. Going forward, the Institute plans to test every possible headlight combination as it becomes available from dealers.

In addition to identifying the best and worst systems tested, IIHS also discovered that glare can be a big issue as well. This is particularly true for the Kia Optima, according to the Institute.

“Its curve-adaptive system provides better visibility than its non-adaptive lights, but produces excessive glare for oncoming vehicles on all five low-beam approaches,” according to the IIHS.

IIHS officials felt this was the right time do the study due to the importance of visibility.

“The ability to see the road ahead, along with any pedestrians, bicyclists or obstacles, is an obvious essential for drivers,” according to the IIHS. “However, government standards for headlights, based on laboratory tests, allow huge variation in the amount of illumination that headlights provide in actual on-road driving. With about half of the traffic deaths occurring either in the dark or in dawn or dusk conditions, improved headlights have the potential to bring about substantial reductions in fatalities.”

To evaluate the headlights, the IIHS officials took each vehicle to a track after dark. A special device was used to measure the light from both low beams and high beams as the vehicle was driven on five different approaches—traveling straight, a sharp left curve, a sharp right curve, a gradual left curve and a gradual right curve.

Brumbelow analyzed real-world nighttime crashes to determine the shape of the test curves and how much weight each portion of the test should carry.

Although the aim of the headlights can be adjusted on most vehicles, IIHS did not change any settings because most owners do not change the settings either.

“Many headlight problems could be fixed with better aim,” says Brumbelow. “This is simple enough to adjust on many vehicles, but the burden shouldn’t fall on the consumer to figure out what the best aim is. Manufacturers need to pay attention to this issue to make sure headlights are aimed consistently and correctly at the factory.”

After each headlight system was tested, it was compared to a “hypothetical ideal headlight system.” The IIHS used a system of demerits to determine each rating. The low beams receive heavier weight in the ratings over high beams because they are used more often. Also, the readings on the straightaway were weighted more heavily than those on curves. The IIHS says more crashes occur on straightaways.

Of note, one of the best headlight systems evaluated has none of the new available technology, according to IIHS. The basic halogen lights on the Honda Accord sedan earned an acceptable rating, while an LED system with high-beam assist on the same model earned a marginal rating.

For a look at how each model stacked up in terms of headlights and to see a video covering the study’s findings, click here.