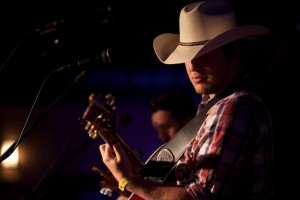 What better way to close another successful Auto Glass Week™ than to throw a concert in celebration of a great show and the new 2016 competition winners!

Auto Glass Week 2016 is pleased to announce that Jake Ward, an exciting 23-year-old singer-songwriter from Corpus Christi, who has made an instant mark on the Texas music scene and is known for his high-energy live shows, blending classic country with contemporary rock and rich harmonies, has signed on with his band as the entertainment for the evening. Ward’s third single, “Take my Hand”, was released in October 2015 and was the highest debuting single on Texas Regional Radio its first week of release. Plus, just this week, it officially hit No. 1 on the Texas charts!

Join us for the all new Closing Awards Party and Concert following the close of Auto Glass Week on October 7 at 7:00 p.m. We will not only enjoy some live music by Ward and his band but will also hear the results of the 2016 Pilkington Clear Advantage Auto Glass Technician Competition and the Windshield Repair Competition in Honor of Walt Gorman.

All attendees, competitors and sponsors are encouraged to partake in this evening to celebrate the new champions for 2016. Pre-registration is required, so be sure to select the optional event when you register online. Tickets are $79 per person. Space is limited and seats will be on a first-come, first-served basis.

For more information on Auto Glass Week 2016 and to reserve your seat at the Closing Awards Party and Jake Ward Concert, visit the official event website.