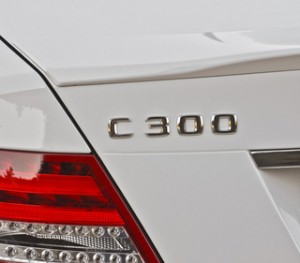 Mercedes-Benz is recalling certain model year 2016 C300, C300 4Matic and C450 AMG 4Matic vehicles for an improperly bonded panoramic sunroof. A mix-up in glass labels at the supplier led to a primer not being used, according to the carmaker.

“If the panoramic glass detaches during vehicle operation, it can increase the risk of injury or crash,” according to National Highway Traffic Safety Administration (NHTSA) documents.

In mid-January 2016, Daimler, parent company to Mercedes-Benz, learned of two field reports from the U.S. describing instances where the rear glass panel of the sunroof separated from the vehicle while it was driven. An investigation into supplier Inteva Products was launched.

“In the course of this investigation it was found that the rear-glass panels separated from the vehicle due to insufficient strength of the bonded joint, which, in turn, was caused by a missing primer,” according to NHTSA documents.

“Due to a disturbance in the production process of the supplier, the glass-panel identification labels needed to be replaced,” NHTSA says. “During the replacement process, a mix-up between labels and individual glass panels occurred, leading to the situation that glass panels may have been installed without prior application of a primer (bonding agent). The usage of the primer is required in order to ensure the specified strength of the bonded joint.”

A dealer will check the bonding on the sunroof for vehicle owners and have the glass panel replaced, if necessary.

“A change in the production process of the supplier ensures that this complaint can no longer occur in vehicles produced from December 23, 2015 onwards,” reads the NHTSA document.