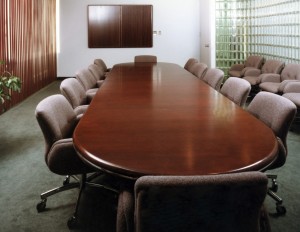 More than a year ago, SWH announced it was selling to Saint-Gobain, which would give the French conglomerate controlling interest in SIKA. SWH which is owned by the Burkard family, controls 16.1 percent of SIKA’s capital with 52.4 percent in voting rights. The wording of SIKA’s opt-out clause means Saint-Gobain does not have to reimburse or buy the remaining shares to gain a controlling voting interest in the company.

The extension gives Saint-Gobain and the Burkard family until June 30, 2017 to close their deal. Saint-Gobain has the option to extend the agreement until December 31, 2018 if needed.

“Together, we are fully committed to this transaction,” says Pierre-André de Chalendar, chairman and CEO of Saint-Gobain. “It makes sense from a strategic, industrial and financial standpoint for Saint-Gobain and for SIKA, for their employees, for their customers and for all of their shareholders. … We are aware of the uncertainty and strain felt by Sika employees during this complex time and would like to reassert our commitment to safeguard the culture and the personnel of this outstanding company.”

Urs Burkard adds, “The extension to the agreement to sell reflects the family’s alignment with Saint-Gobain, which it sees as the best controlling shareholder to accelerate the development of SIKA and secure its future. No alternative to this transaction is being or will be considered.”

In response to the proposed deal, SIKA’s board has been restricting the voting rights of SWH to 5 percent of all registered shares. This has limited the company’s voting power during SIKA’s annual general meeting and extraordinary shareholders meeting.

Saint-Gobain has challenged this strategy in the Swiss Zug Court. It expects a decision in the summer of this year.

Members of SIKA’s board of directors are seeking re-election during the meeting.

“The independent board members Monika Ribar, Paul Hälg (chairman), Daniel J. Sauter, Frits van Dijk, Ulrich W. Suter and Christoph Tobler will only accept their election subject to all of them being re-elected and Dr. Paul Hälg also being re-elected as chairman of the board of directors,” according to a SIKA statement.

SIKA has received a proposal from SWH that Jacques Bischoff be elected to the board. A majority of the board recommends the shareholders reject this proposal.

For more on this topic, stay tuned to glassBYTEs.com™.