NHTSA Gets an Earful about Developing Guidelines for Automated Vehicles 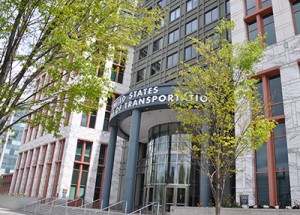 The U.S. Department of Transportation headquarters in Washington, D.C.

The National Highway Traffic Safety Administration (NHTSA) held its first public meeting Friday about autonomous vehicles. It is seeking industry insight to develop guidelines for the “Safe Deployment and Operation of Automated Vehicle Safety Technologies.” While NHTSA supports this technology’s rapid introduction, those that took the microphone by and large asked the safety administration to slow down its timetable to set guidance, saying there are still more questions than answers.

The U.S. Department of Transportation has set a goal to have the guidelines ready by July of this year.

“Weather can create instant hazards,” said Mark Golden, executive director of the National Society of Professional Engineers. “If [these systems] are failing to find lane markings in California, they will fail in other cities. It is dangerous. Real life is messier than it is in a design laboratory. Driving conditions can change during operation. There is a need for independent third-party testing before they are allowed on the road. We do not believe technology has advanced enough to deploy fully autonomous vehicles.” 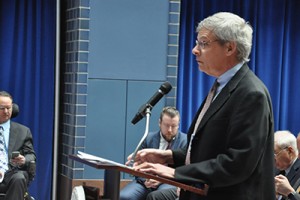 “Deploying a vehicle today without a steering wheel, brake, accelerator and a human driver capable of intervening when something goes wrong is not merely foolhardy. It is dangerous,” said Simpson. “NHTSA’s autonomous vehicle guidelines must reflect this fact.”

He noted that traffic cops use hand signals to direct traffic when a traffic light it out. How will automated technology recognize this?

“What ethical choices will humans program into the car?” he asked.

Will the vehicle protect its occupants over pedestrians?

The driver is a vehicle’s best safety feature, despite all the technology now available, adds Alex Epstein, senior director of digital strategy and content at National Safety Council. 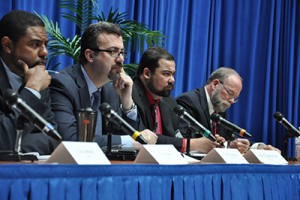 James Niles, CEO of the startup Orbit City Lab said, “It seems like we are all kids in a candy store when it comes to new technology. We’re concerned that autonomous vehicles could be used as a weapon.”

Once hazardous materials are detected by the computer system, the vehicle should disable certain features, he says.

The NHTSA panel appeared to listen intently as various group representatives offered their take. They also often requested that a speaker submit supplemental materials to fully explain his or her concerns regarding the new technology.