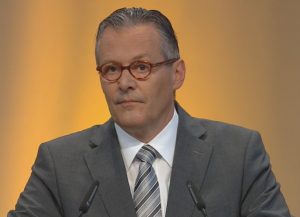 Saint-Gobain’s battle for control of SIKA continues on. The latest development came this week when the board of directors for Swiss specialty chemical company SIKA again restricted the voting rights of Schenker-Winkler Holding (SWH) to 5 percent of all registered shares during the annual general shareholders meeting. French conglomerate Saint-Gobain plans to acquire SWH, thus gaining majority voting rights in SIKA. Saint-Gobain has challenged the restricted voting rights’ strategy by SIKA’s board in the Swiss Zug Court.

The company expects a decision in the summer of this year.

“A number of court rulings in 2015 confirmed the validity of our approach and that of the founding family [of SIKA, which owns SWH],” writes Pierre-Andre de Chalendar, chairperson and CEO of Saint-Gobain in an open letter. “The process of settling the issue of restricted voting rights, which the SIKA board saw fit to impose on the family, is still underway. We calmly await a decision this summer and have every faith in the Swiss justice system to restore the Burkard family’s ownership rights.”

SIKA’s board, meanwhile, says article 4 of the company’s articles of association allow it to restrict the voting rights to 5 percent of all registered voting shares. SWH which is owned by the Burkard family, controls 16.1 percent of SIKA’s capital with 52.4 percent in voting rights. The wording of SIKA’s opt-out clause means Saint-Gobain does not have to reimburse or buy the remaining shares to gain a controlling voting interest in the company.

The shareholders re-elected all previous members of the board of directors as well as Paul Hälg (chairperson) for another one-year term. Jacques Bischoff, the candidate proposed by SWH, was not elected to the board. Frits van Dijk, Urs Burkard and Daniel Sauter were re-elected to the Nomination and Compensation Committee.

The shareholders did not approve the board’s compensation for the preceding term of office or its future compensation.

“This will, however, not impact the board’s commitment for the company,” according to SIKA. “The future compensation proposed by the board for the group management was approved.”

Saint-Gobain, meanwhile, waits in the wings for the Zug court’s decision regarding the restriction of voting rights which has hindered its takeover of SIKA.

“[T]he alliance between the two companies has been approved by the competition authorities in all relevant countries, led by the European Commission,” according to Chalendar. “We remain resolute as we believe in the legitimacy of the deal—above all—in the benefits it can bring to both SIKA and Saint-Gobain. This is why we have extended our agreement with the Burkard family.”