Safelite AutoGlass appears to be investing in paid advertorials and native advertising to ramp up its market share. The company is utilizing paid search and “significantly” investing in digital advertising, said Gary Lubner, CEO of Belron, in D’Ieteren’s annual 2015 report.

“The business has put a significant emphasis on developing its social media activity; be that planned activity or fast-time reactive activity to seize opportunities when relevant topics are trending,” Lubner said. “Unlike traditional marketing, this is all about minutes and hours, not days and weeks.”

One example of an advertorial by Safelite is a recent article that ran in Columbus Business First’s paid advertising section.

“Over the past nine years, Safelite sales have increased steadily by about 10 percent each year; the company anticipates similar increases for the foreseeable future,” according to the article.

So what exactly are advertorials?

“It is a large advertisement deliberately styled to look like the editorial (non-advertisement) matter of a newspaper or magazine in which it appears. Its television equivalent is ‘infomercial,’” according to BusinessDictionary.com.

For example, glassBYTEs.com™ offers sponsored links. It is content that is specifically marked as paid advertising that runs alongside traditional content.

Another form of this is native advertising. An example of this is infographics that run on social media platforms.

“Native advertising is a form of paid media where the ad experience follows the natural form and function of the user experience in which it is placed,” according to ShareThrough. “A good infographic is worth a thousand words.”

For instance, Safelite uploads infographics to its Facebook page.

Here is an example: 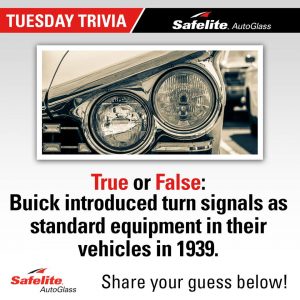 Have you used advertorials or infographics and had success? Email jreed@glass.com with your feedback.