4 Recalls of Interest to You 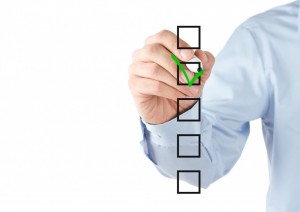 From glass and lighting issues to faulty hood latches, here are four new National Highway Traffic Safety Administration’s (NHTSA) recalls to have on your radar.

Gillig LLC is recalling 2016 Low Floor buses after learning the driver’s side window may block too much light. The vehicles fail to comply with the requirements of Federal Motor Vehicle Safety Standard (FMVSS) No. 205 “Glazing Materials.” The models impacted were manufactured from March 3, 2016 to April 21, 2016.

“Reduced driver visibility can increase the risk of a crash,” according to NHTSA’s website. “The driver’s side window does not meet the required luminous transmittance of not less than 70 percent of the light at normal incidence.”

Arow Global Corp., which produces windows, informed Gillig of the issue on April 21, 2016.

Dura confirmed that the window glass did not allow in enough light on April 22, 2016. Dura Automotive Systems, a Lynn Tilton company, is a manufacturer of lightweight structural body systems, mechatronic control systems, and exterior systems, including window systems and decorative trim, according to the company’s website.

As part of the recall, Gillig will switch out the glass.

Both Kia and Hyundai have reported issues with secondary hood latches.

If the vehicle is driven without the primary hood latch engaged, the secondary latch may not prevent the hood from opening while the vehicle is in motion, according to Hyundai.

Hyundai is recalling the Tucson 2016 and says dealers will replace the hood latch.

Kia is recalling the 2006-2014 Sedona. The issue could increase the risk of a crash, according to the automaker. The company will replace the secondary latch or clean and lubricate it, depending on its condition.

Supreme Corp. has reported a lighting issue to NHTSA. Some of the company’s vans have roof marker lights mounted on composite corner caps. If the light short circuits, the corner cap could catch on fire, according to the manufacturer.

The models impacted include the 2011-2014 Signature Van, Iner-City and Kold King vehicles.

The company’s dealers will install an in-line fuse with suitable amperage for the marker light circuit on the recalled models.

1 Response to 4 Recalls of Interest to You