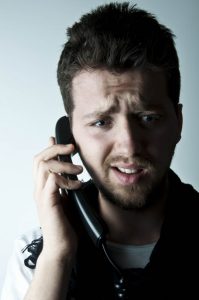 The lawsuit comes one week after a similar case was filed against Prescott Valley, Ariz.-based A.J.’s Auto Glass.

“Larmore Auto Glass LLC, doing business as Freedom Auto Glass, does not currently make any outbound calls or use telemarketing of any sort to generate business,” says Cara Fuller, manager of Freedom Auto Glass. “We did open a call center in 2013; however, we closed it in 2014.”

According to the Federal Trade Commission, most telemarketers should not call a number once it has been on the Do-Not Call Registry for 31 days. If they do, a consumer can file a complaint.

The Attorney General wants the court to order the AGRR company to stop all telemarketing, pay a civil penalty and cover investigative and court costs.

To read a copy of the lawsuit, click here.