Updated: Brexit Impact on the AGRR Industry Remains to Be Seen 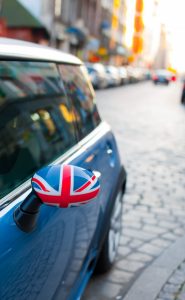 With Britain slated to leave the European Union (EU) following a national referendum popularly known as Brexit, much uncertainty remains. This is particularly true for London-based companies such as Belron, which has both a European and global presence.

Belgium-based D’Ieteren owns Belron, which in turn owns Safelite AutoGlass in the U.S. Belgium is a member of the EU.

“At this stage it is too early to be able to make any predictions of the impact of the referendum result on the Belron business given the uniqueness of the situation and lack of clarity on commercial implications,” according to a statement released by Belron.

“In the meantime, our focus in the coming months will be on our business priorities and providing excellent service to our customers around the world,” according to the statement.

Belron operates in 35 countries under numerous brands, including U.K.-based Autoglass®, Carglass® and Origlass in Europe.

Origlass is a distributor of automotive glass in Italy, providing a wide range of products to thousands of dealers.

“It may have some impact at some point on wholesale glass pricing,” he says.

However, given Belron’s larger scope, it could face more hurdles.

Belron serves 11 million customers annually and is the third largest automotive glass buyer, according to a recent investor report.

As far as the overall AGRR industry in the U.K., it’s possible it could face some level of disruption as trade agreements are re-negotiated with European countries, according to law firm Dechert, which specializes in international trade and EU law. The firm has offices in the U.K., as well as the U.S. and other countries.

“Following any decision to leave the EU, it is highly likely that the U.K. would lose the benefits not only of existing agreements but also those under negotiation between the EU and others such as the U.S.,” according to a statement released by Dechert.

Most goods can be traded and moved among EU member states without tariffs, customs duties or customs declarations, according to the law firm.

“The potential of tariffs on imports and exports or the increased administrative costs of a customs regime with the EU will vary from business to business but are likely to impact on many to some degree,” the law firm says.