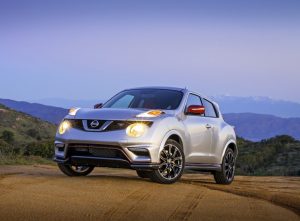 Nissan says OEM glass should be used for windshield replacements and points to the relationship between glass and Advanced Driver Assistance Systems (ADAS) as a reason. Company officials also say some mirrors cannot be reused and address ADAS recalibration, among other topics, in a bevy of position statements released this month.

Starting with the 2016 Nissan model lineup, the Leaf, Juke, Sentra and Quest have non-reusable rearview mirrors, according to the automaker.

“Any windshield replacement on these vehicles also requires the rearview mirror to be replaced,” says Nissan.

The automaker has taken the position that recalibration is “mandatory” after any repair to the front of the vehicle that would cause the radar sensor to be moved or reinstalled.

“Failure to follow this recommendation could result in radar malfunction, or vehicle systems, including safety features, not working as originally intended, thus posing a significant risk to vehicle occupants,” according to the company’s statement.

Nissan also says it is “mandatory” to calibrate the ADAS system if a camera or mounting part for the device is removed, installed or replaced. The company notes these cameras can be found in the door mirror, front grille or other areas of a vehicle.

“Failure to adhere to this calibration procedure could result in the Around View Monitor system not functioning as originally intended,” according to the position statement.

Pre- and post-system scans are also necessary to look for trouble codes that could be present in the vehicle, Nissan says.

The pre-scan can help technicians look for any issues before working on the vehicle, while the post-scan can confirm the systems are properly recalibrated.

Nissan also notes that its vehicles are now equipped with “auto-up” and “anti-reverse” power windows and says the windows must be re-initialized after certain repairs. For the full list, click here.

To read the automaker’s recommendations on radar recalibration, click here.

To read Nissan’s instructions when power windows must be re-initialized, click here.

To read the company’s position on pre- and post-repair system scanning, click here.

What are your thoughts on these recommendations? How will they impact your business? Could it increase your liability? Please email your feedback to jreed@glass.com.