2015 Road Fatalities Up 7.7 Percent Over Prior Year

Roadway deaths for 2015 are up 7.7 percent from 2014, according to preliminary data released by the National Highway Traffic Safety Administration (NHTSA). Fatalities among occupants of vehicles that rolled over increased by 5 percent over the previous year.

“As the economy has improved and gas prices have fallen, more Americans are driving more miles,” says Mark Rosekind, NHTSA administrator. “But that only explains part of the increase. Ninety-four percent of crashes can be tied back to human choice or error, so we know we need to focus our efforts on improving human behavior while promoting vehicle technology that not only protects people in crashes, but helps prevent crashes in the first place.”

The fourth quarter of 2015 was the fifth consecutive quarter showing year-over-year increases in fatalities, according to NHTSA.

Nine out of ten NHTSA regions showed increased road fatalities, according to the preliminary data. 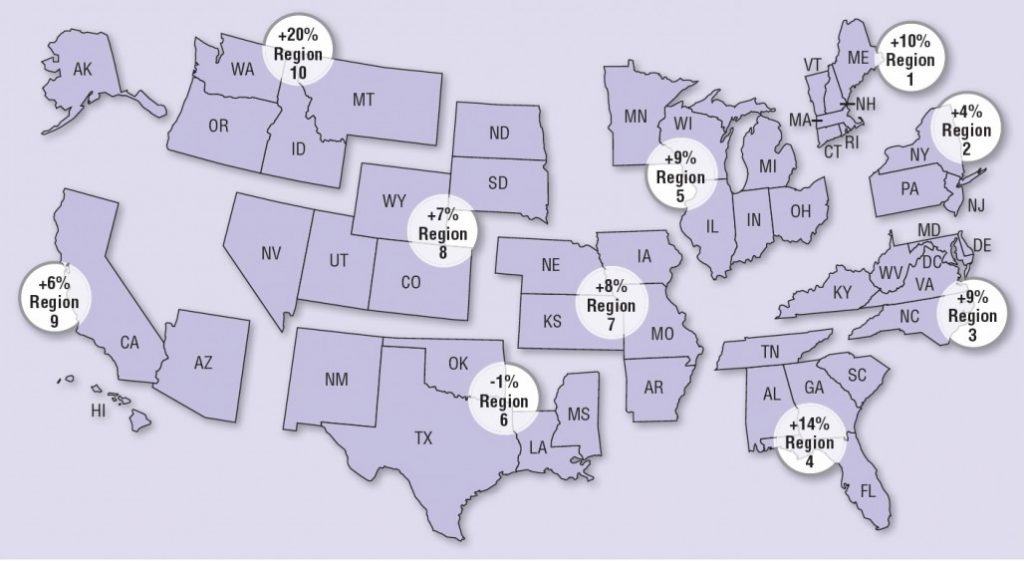 What is your region’s increase in highway fatalities? Source: NHTSA

These estimates are subject to change as NHTSA finalizes the data. The final statistics are due out later this year.